Why did the Young Boy Quit Football – Short Motivational Story

There was once a young boy who was trying very hard to get into his School Football team. He was very hardworking and played his sport sincerely, yet he missed getting into the final 11. The other players did better than him, thus surpassing his chances of getting in the team.

Suddenly one day he stopped coming to the practice session of the Inter-School Tournament. Days, went by and turned into almost two weeks. There was no sight of him.

On the 13th day, just before the Final Match of the Tournament, the young boy appeared. It made the coach unhappy when he realised the young boy wanted to join the practice session. Without much practice how could he let him in the game?

The coach became really exasperated when the young boy insisted on playing in the Final Match. But, the boy was desperate and did not pay heed to the coach.

The boy was delighted! Finally, he got a chance to play. Thus, gave his best in the game. He was like a hungry lion every time he got the ball. Played with incredible reflexes and skills required in a game of football – the young boy surpassed all teammates. He scored goals as well as aided his teammates to score goals.

He was the star of the show! 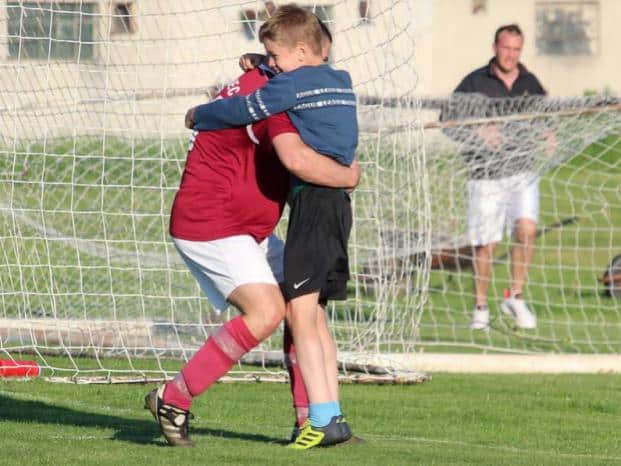 Why did the Young Boy Quit Football – Short Story Motivational

All the team members and the coach were surprised and happy to see the boy in great form. The coach asked him; “What made you play exceptionally well today?”
The young boy replied: “Remember, my father who used to come to watch me play – was unable to see. Last week he died in an accident. He could never watch me play while he was alive. Today for the very first time, he is watching me play from heaven. Thus, I did not want to let him down.”

There was a huge lump in the coach’s throat on hearing the young boy’s reply. They both hugged each other tightly with tears rolling down their cheeks.

Moral of the Story:

Our Brilliance is Within us! We just need to find a GOAL!

A goal is approximately the same as an aim or a purpose. Thus, build your goals for a result with a guided reaction. The end of a goal could be either a physical object with intrinsic value or a feeling you achieve by reaching a target weighed in success. Remember, your success is certain when you find the brilliance within yourself. Start believing in yourself and your talents and base your goals in tune with them.

Enjoy the journey more than the outcome! You will soon reach your Goal.

Short Stories on Kids is one of the best ways to teach them life lessons. If you also have a kid or a parent with whom you can share the story – please share and spread the message!

“You only see obstacles when you take your eyes off the Goals.”

How to speak the TRUTH?

8 Ways to attract good energy in your life every day

How to Correctly do Uttanpadasana (Raised Leg Poses) Yoga Asanas