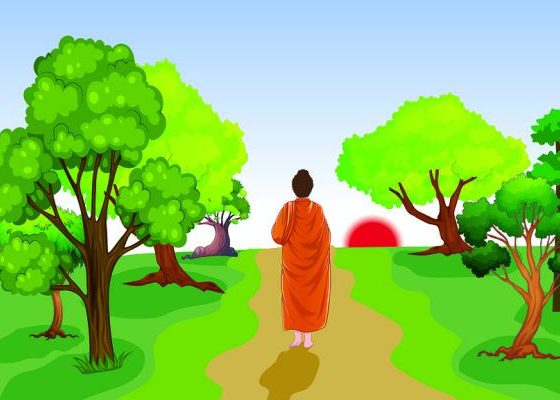 There was a monk who lived in a monastery. He took it on himself to meditate in a faraway place from his monastery, where there was no other human being.

Thus, he woke up at the crack of dawn and headed towards a distant lake miles away from his monastery. He walked barefooted for a few hours on a muddy trail. Finally, he reached the banks of the lake, rowed a boat and moored it in the middle of the lake. 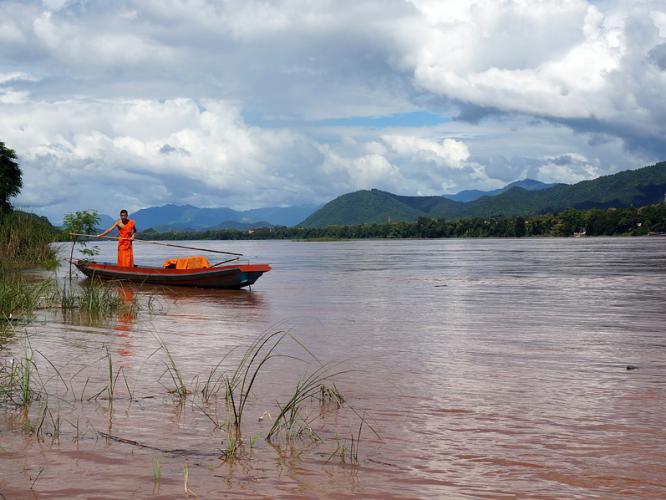 While sitting on his small boat, the Buddhist Monk closed his eyes and started meditation. He was silently meditating for a couple of hours with no sound other than the gentle ripple, of the almost still water. Suddenly, he felt a jolt of another boat colliding with his boat. He did not want his meditation to get interrupted, therefore kept his eyes shut. But, felt a sense of anger rising within him because he was disturbed. The anger rising in him made him open his eyes and was about to shout at the boatman who disturbed his meditation. However, what he saw made him gasp. The boat next to him was empty and probably floated on its own to his boat in the middle of the lake. 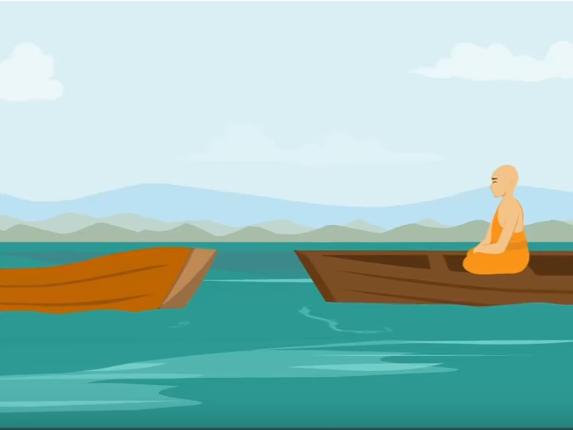 It was at this very moment that the Buddhist Monk achieved self-realization. Thereafter, he instantly understood that anger lies within himself. All one needs is a bump of an external source to trigger or provoke it out of him.

As a result, the Buddhist Monk’s life was transformed. Going forward if he happened to come across any circumstance or a person who caused him anger – he reminded himself, “Others are merely an empty boat. The anger lies inside me.”

I first happened to read the above Monk Short story on Quora as I was looking for answers on why one get frustrated by others actions.  The story is derived from a well known Zen anecdote based on Stories from Chuang Tzu a Chinese Mystic. The story revitalizes the 3000 years old Taoist message on self-realization.

At first, I thought anger is an emotion natural to the human being. It is caused by what others say or do. Then, I read the empty boat story and I realized it is a choice we have if we give others the power to decide how we feel. Anger lies in us. It rises if only we fan it to flames. When we are at peace with who we are and brimming with love and are content with ourselves – we need not choose anger or frustration.

I quote the parable The Empty Boat Story by Chuang Tzu:

“He who rules men lives in confusion;
He who is ruled by men lives in sorrow.
Yao therefore desired
Neither to influence others
Nor to be influenced by them.
The way to get clear of confusion
And free of sorrow
Is to live with Tao
In the land of the great Void.

If a man is crossing a river
And an empty boat collides with his own skiff,
Even though he be a bad-tempered man
He will not become very angry.
But if he sees a man in the boat,
He will shout at him to steer clear.
If the shout is not heard, he will shout again,
And yet again, and begin cursing.
And all because there is somebody in the boat.
Yet if the boat were empty.
He would not be shouting, and not angry.

If you can empty your own boat
Crossing the river of the world,
No one will oppose you,
No one will seek to harm you.

The straight tree is the first to be cut down,
The spring of clear water is the first to be drained dry.
If you wish to improve your wisdom
And shame the ignorant,
To cultivate your character
And outshine others;
A light will shine around you
As if you had swallowed the sun and the moon:
You will not avoid calamity.

Who can free himself from achievement
And from fame, descend and be lost
Amid the masses of men?
He will flow like Tao, unseen,
He will go about like Life itself
With no name and no home.
Simple is he, without distinction.
To all appearances, he is a fool.
His steps leave no trace. He has no power.
He achieves nothing, has no reputation.
Since he judges no one
No one judges him.
Such is the perfect man:
His boat is empty.”

“Anger, in any form, is caused by the frustration of a desire.” – Lord Krishna (Chapter 2, Verse 62) Shrimad Bhagvat Gita

If you think you know anyone in your life who can benefit from The Empty Boat Story – do share and spread the parable of the ancient Chinese Mystic. Leave your comments in the section below – I would love to know what is your learning from the short monk story.

8 Ways to Attract Good Energy in your Life Everyday

How to Speak Truth with Mindfulness

How to Know what you feel is Self-Love or Selfish?

How to Become Smarter – Easy Daily Habits to Form

On a Happy High – Power of Giving

The Psychology of Honesty and Dishonesty