Why Should We Read Books – Short Motivational Story 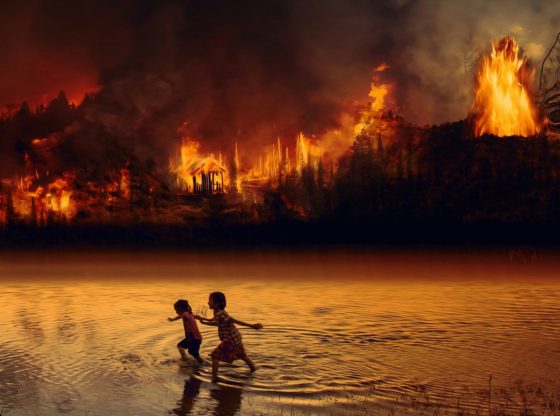 Why Should We Read Books

In a Village, there happened a dog. As the dog grew up it started searching for food and ate some wild vegetables in the jungle.

One day, the dog got the fright of his life when the forest caught fire and managed to run away.

Once the fire subsided, the dog went back looking for food since he was hungry. In the meantime, the vegetables got cooked in the forest fire.

To the dog’s delight, the vegetables tasted even better and looked more nutritious. Thus he kept eating them each day since he had been hungry for a long time.

After a few days, the vegetables got bacteria growing in them. The dog ate them and slowly died.

Months passed and there happened to be another dog.

After the dog grew up, he went in search of food. It found some wild vegetables and ate them.

One day the forest in which the dog lived caught fire and the dog escaped by running away.

Once the fire subsided the dog came back hungry, looking for food. By then the vegetables got cooked due to the forest fire. The dog was happy as the vegetables were tastier and looked more nutritious. After a few days, the vegetables had bacteria in them.

The dog died slowly after eating those vegetables.

A month passed by and then there was another dog.

This time around a human happened at the same time.

When the boy grew up he went looking for food. He also ended up eating wild vegetables in the forest.

One day the forest caught fire and he managed to run away. Once the fire subsided, he went back to the forest.

By now, the vegetables were cooked in the forest fire.

He ate them and slowly died.

Just before he died, he wrote a book, describing all the events that had happened.

“Time is a river, books are Boats.” – Dan Brown

The Advent of a Book

Thus, when the next human being was born, he knew beforehand what does a forest fire look like. He also knew what happened when there is a forest fire. And, how cooked food makes him feel less hungry for a longer period of time. Thus, it should be eaten within a few days.

Therefore, he lived longer. Since he had extra time on hand, he collected things like green stems from trees, dry leaves, animal dungs and stones water. When the fire came, he was already prepared. He threw the water, dung, green stems slowly into the fire.

Just before he died he wrote the second chapter of the book. He wrote how the leaves when dry preserve fire, how water extinguishes the fire and animal dung helps in slow-burning.

The human who came after him wrote another chapter. He wrote: one day while he was watching the forest just before it caught fire, he saw a spark caused by the tree branches rubbing against each other. Thus, he did a small experiment. He rubbed two dry sticks together and copied the rubbing motion. Eureka! He created Fire!

The one who came after him read the above chapters. After this cycle repeated one day another human being invented a matchbox and then a lighter.

After this generation, another human being invented the electric stove.

This way the progression kept going on.

” A person who won’t read has no advantage over one who can’t read.” – Mark Twain

Why should We Read

Thus, right from the start, humans are blessed with a unique quality. They have the ability to record and preserve information to be used for the generations to come. As a result, the next generations did not face trouble similar to the earlier ones. It was easier for them to survive. In fact, the next generations took the inventions further with newer ideas and tricks to add value to the old ones.

Withe very generation the knowledge from the past got multiplied beyond measure.

All this knowledge is stored in a very useful thing – called ‘Books.‘ Books are the most powerful of all record-keepers. Or else it would be almost impossible for humans to memorize so much of information dating back centuries.

An ordinary Biology Book tells you in a short span of a few hours – how your stomach digests food, how your brain and reflexes function, how your heart breathes or how plants respire. Whereas, if you did not have the access to books it would have taken you centuries to discover these facts.

Read Books, but Why?

Books written by famous Authors like Adi Shankara, Valmiki, Vyasa, Chanakya, Shakespeare, Dickens, Plato, Sophocles and Homer – reveal glimpses of how the past has been. They tell us how people lived in those eras, their ideologies and doctrines, the science, discoveries, history and what kind of lifestyle was practised.

The Greek Literary and archaeological sources bring to us the knowledge of Greek Mythology. It has a huge influence on the literature, arts and culture of the Western Civilization. It is an integral part of Western language and heritage.

Works like ‘Mahabharta’ throw light on the mystery and learnings to be taken by the belief of Karma or reincarnation.

Thus, if you are 18 years old and read a book written by a 60-year-old. You gain so much knowledge and experience of the author’s life and perspective. Books are windows to others peoples souls and there’s always so much to know and to learn.

Books thus open the world of many lives, experiences and to observe different worlds by just reading. They save you from going through the author’s experiences and living his life to get to the same point.

“If I have seen further than others, it is by standing upon the shoulders of giants.”

Why do we need Houseplants – The Science Behind

Short Motivational Story of a Frog on Success

What are the advantages of Social Media for Students