How Meditation Changes the Brain – Studies and Facts 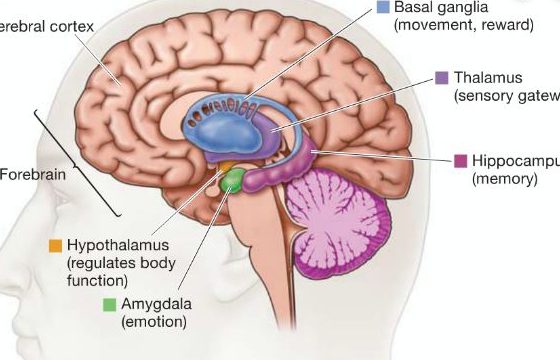 Did you know that the human brain has 80 to 100 million neurons?  These neurons form thousands of connections with other neurons to enable your brain cells to communicate with each other. Thus, it the brain who helps us to stay alive, communicate, think and perceive everything around us. “The best tool for neurogenesis (growth of new neurons) is the one and only –  meditation.”

Ancient Hindu sages recognized how meditation changes the brain. No wonder, meditation is prevalent in all kinds of religious or spiritual practices. Besides that, neuroscientists discovered how these neurons impact the brain through meditation.

Let us understand how meditation changes the brain.

How Meditation Changes the Brain?

The brain can be molded in ways that have been a mystery for ages. Neuroscientists have discovered that the brain has different areas responsible for different various functions in our bodies and minds.

1. Meditation Breaks down ‘Fear’ and ‘Phobia’ Centers in the Brain

Regular Meditation changes the brain by creating a strong connection between the Medial Prefrontal Cortex (Me Centre) and the Amygdala (Fear Centre). It breaks down the feelings of fear, phobia, stress, and anxiety decreasing them drastically. Your ability to ignore sensations of anxiety is enhanced as you meditate. Thus, you focus more on the sensation and stop reacting in a negative manner.

For example,  the ‘Me Center’ in the brain triggers when you get threatened. It makes you feel under attack and fearful. Thus, when you meditate it weakens the neural connection and you stop reacting strongly to insecurity.

Amygdala is almond-shaped and located in the brain’s Medial Temporal Lobe.  It activates your alarm or alert system in the brain, referred to as the Fear Centre. Also, it is highly responsible for your emotional reactions and responses, more like a fight or flight mode response.

Pre-frontal Cortex or the ‘Me Center,‘ of the brain refers back to you, your thoughts, experiences, and perspectives. Why “Me Center”?  Because it helps to process everything related to you. Like; thoughts on your future and on yourself, daydreaming, social interactions and compassion.

2. Meditation imparts Logic to the Brain

During Meditation, a healthier connection builds between the Lateral Prefrontal Cortex (Assessment Center) and Amygdala (Fear Center). When the brain experiences a sensation probably something upsetting or unnecessary urges, you do not panic or react emotionally. When meditation is practised the brain uses its logical and rational side and alters the perspective.

For instance, you want to overspend even if you know you will have zero back-ups for an emergency. What do you do? You instantly gravitate and the emotional side of your brain sends a signal to shop. However, after meditation, your brain develops a strong logical side to rationally think and not to give in to irrational urges.

Frontal Lobe (Assessment Centre) – helps you look at things with a rational, logical, balanced and reasoning perspective. Thus decreasing the tendency to take things personally. It modulates emotional responses that originate from the fear center. Moreover, the Frontal Lobe is known to lose out to the emotional part of the brain.

21 Buddhist Monks volunteered for research led by Richard Davidson in Wisconsin. They wore specially-designed caps with 256 thin wire sensors attached to their scalp. The monks meditated for 1 minute on compassion followed by 30-seconds of rest. The entire process was repeated 4 times in succession. Thus, the researchers were able to measure brain activity during meditation.

The research started with Mingyur Rinpoche a Buddhist Monk from Nepal. As soon as the monks started to meditate there was a huge burst of electrical activity on the fMRI (3D video of brain activity). “Mingyur’s brain circuitry for empathy rose 700-800 times higher than during rest periods.” All Yogis had Elevated Gamma Oscillations even in heir everyday neural activity. Thus, there was a “permanent transformation in the brain as a result of meditative states”.

For ones who don’t meditate Gamma waves last a fraction of a second, however for those who meditate regularly like the Yogis – they may last a full minute. Thus, Meditation changes the brain to acquire a mind like Yogis.

They are the fastest brainwave frequency that occurs when various brain regions fire in harmony – especially during moments of insight. Gamma waves make your brain feel that you are at your peak physical and mental condition. You feel “I am capable of doing anything I set my mind to.” Gammas waves also link information from all parts of the brain together making the brain work most efficiently.

Whereas, Low Gamma waves in the brain are associated with poor memory, impaired mental processing, and learning difficulties.

Meditation changes the brain – as it is the best tool for honing various aspects of your memory. It ensures your brain stays robust lifelong. What Cortisol (stress hormone) makes you forget – meditation makes you remember.

When you are stressed cortisol tends to flood the hippocampus (the memory component of your brain). It brings down your ability to accurately and quickly recall and store information. Cortisol has a tendency to have a cumulative effect, therefore it is important to neutralize the stress in your life through meditation.

Art Krammer Ph.D. at the University of Illinois wrote, “The bigger the hippocampus, the better you are able to form new memories.”

How is Meditation – the secret to a strong and big ‘Hippocampus?’

Dr. Sara Lazar, a Harvard Neuroscientist along with her colleagues studied the brains of meditators for years. She asked new meditators to do 8  weeks of yoga, meditation and mindfulness practice for 30-40 minutes. As a result, a 15% increase in the size and thickness (volume) of the Hippocampus was observed.  As per her research people who meditate – their brains “always have well-formed, highly developed Hippocampi”. Moreover, the grey-matter density in the brain also increased. It also improved the cognitive skills and memory of the individuals.

In line with this finding, Santa Barbara (University of California) analyzed verbal scores of GRE (Graduate Record Examinations). The scores boosted from 460 to 520 just by 2 weeks of meditation practice.

Thus, even if you have a history of bad memory by experiencing meditation you can reshape the innovative areas of your brain responsible for storing and retrieving information.  You have the power to boost memory because you know how – meditation changes brain.

Meditation – A Secret to better Cognitive skills and Social behavior

The Medial Prefrontal Cortex became stronger and larger.  Also, the individuals experienced improvement in concentration and self-relevance while processing information.

The amygdala controls feelings of anxiety, fear, and general stress. After 8 weeks the amygdala turned smaller in size. The smaller the size, the lesser stress the individuals felt even though their external situations remained the same. Thus, the individual’s reaction to their situations changed.

Do laughter and Meditation change the brain in the same manner?

Hippocampus, a seahorse-shaped structure in the brain is responsible for learning, storage of memories, and regulation of emotions.  It affects your cognitive skills and mental capacity.

6. How the brain can be RewireD

Till the last century scientists thought your brain stopped forming after the age of 5. However, the brain has powers to rewire its structure by itself throughout your life was discovered much recently. Let us understand how meditation changes the brain structure and its function too.

Meditation triggers your brain to formulate extra nerve cells by multiplying and strengthening the way they are interconnected. It guards them against the age-related normal wear and tear. It creates a network of neural pathways, the existing connections get updated making your brain so much more resilient and adaptive – the best virtues to survive in the modern world.

Catherine Kerr, Expert on Neuroscience and Meditation observed – people who practiced mindful meditation were able to adjust their brain waves by leaving out distractions. As a result, this increased their productivity. Moreover, with a regular meditation practice, the brain enhances its learning powers to cope resiliently when life gets difficult.

Meditation releases naturally occurring brain chemicals related to different aspects of happiness. These are dopamine for pleasure, oxytocin for love, endorphins for excitement, serotonin for peace and calm.

One practice with innumerable benefits – what else do you want? Learn to Meditate or write to us for online classes on Meditation for beginners.

Read Book by Swami Vivekananda to Understand Brain and Meditation

Even though there are many myths surrounding meditation and its benefits – there is an extremely strong link between meditation and brain. Not only does a simple practice like mediation changes the brain – but it also helps the various parts of the brain work optimally.

Watch Healing Expert Denzil Oconnell give you Tips on Meditation for beginners:

Those who liked the above also read:

What is the Best time to do Headstand in Yoga?

Why Crying is Good for your Soul?

Simple EASY steps to do Meditation at Home by yourself

How to practice Laughter Yoga and it’s Benefits

How to Sit in Meditation – Cross-Legged or on a Chair 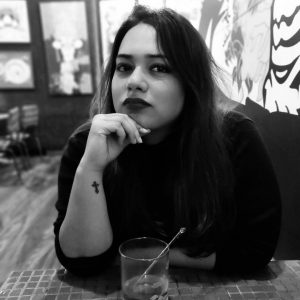