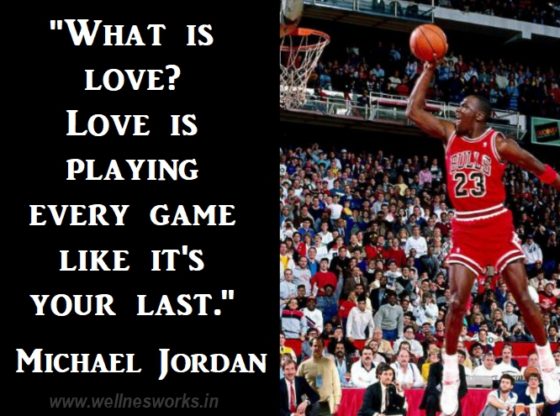 Michael Jordan was born on 17th February 1963 in New York after which his family moved to Carolina when he was just a toddler.

He is a former American legend in playing Basketball. He is also the principal owner of the Charlotte Hornets of the National Basketball Association (BA). His accomplishments are unparalleled with a long list of achievements. Some of them are 6 Time Finals Most Valuable Player, 10 times all NBA First Team, 2 Times Olympic Gold medal Winner, NCAA Championship. Moreover, he played 15 seasons in the NBA winning 6 Championships with the Chicago Bulls. He also became the member of the FIBA Hall of Fame (2015).

People who know him well will tell you that he has a phobia of water when he saw a good friend drown while he got sucked into the undertow. Soon after this incident, Jordan almost escaped drowning at the baseball camp that scarred him for life. In 1993 Jordan’s father was shot by two robbers and died. He came out of retirement for a second time and joined Washington Wizards. He donated all his First Year Wizards Salary to 9/11 relief efforts. It included $100,000 to kids who lost their parents.

He is known for endorsing products like Nike’s Air Jordan sneakers introduced way back in 1984 and popular till date. His idol as a child was Magic Johnson thus his own name was Magic Jordan. You will be surprised to know he had a number plate with his nickname on his first car a Grand Prix 1976.

Michael Jordan also starred as himself in the film Space Jam (1996). Not only that, he became the first billionaire player in the history of the NBA. No wonder, he’s the third richest African-American after Robert F.Smith and Oprah Winfrey.

I have put together the legend who is so fascinating and inspirational like Michael Jordan Quotes (Sayings) for my readers who will highly benefit from these Famous Sports Quotes.

1. “Limits like fear are often an illusion.” – Michael Jordan 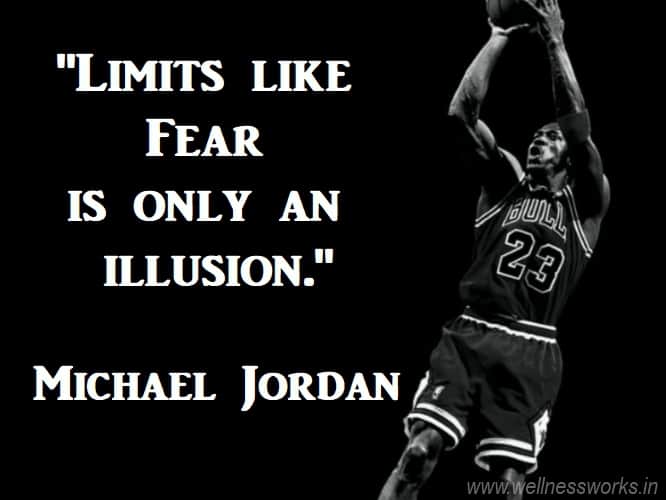 2. “You can practise shooting 8 hours a day. But if your technique is wrong. Then all you become is very good at shooting the wrong way. Get the fundamentals down and the level of everything you do will rise.” – Michael Jordan

3. “In any investment, you expect to have fun and make money.” – Michael Jordan

4.”Obstacles don’t have to stop you. If you run into a wall, don’t run around and give up. Figure out how to climb it, go through it, or work around it.” – Michael Jordan 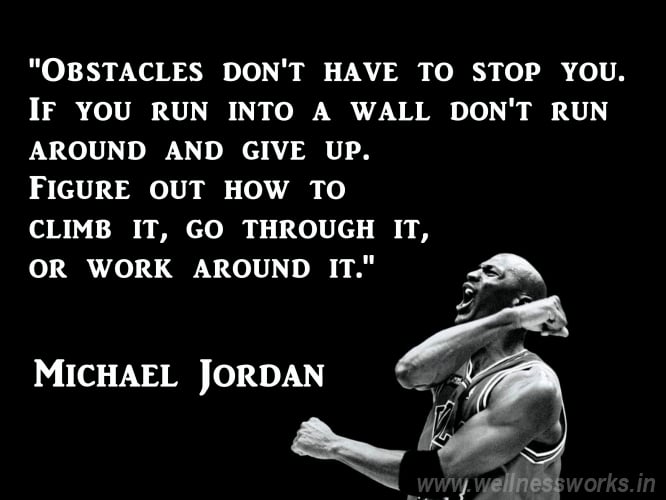 5. “You can practise shooting 8 hours a day. But if your technique is wrong. Then all you become is very good at shooting the wrong way. Get the fundamentals down and the level of everything you do will rise.” – Michael Jordan

6. “In any investment, you expect to have fun and make money.” – Michael Jordan 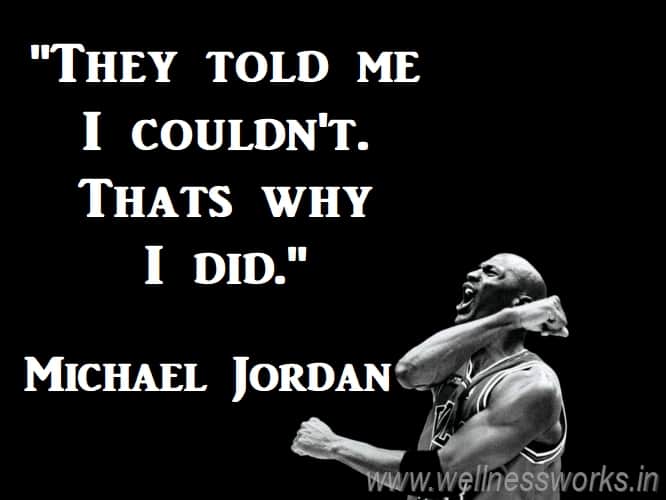 9. “Some people want it to happen, some wish it would happen, others make it happen.” – Michael Jordan

10. “To be successful you have to be selfish, or else you never achieve. And once you get to your highest level, then you have to be unselfish. Stay reachable. Stay in touch. Don’t isolate.” – Michael Jordan 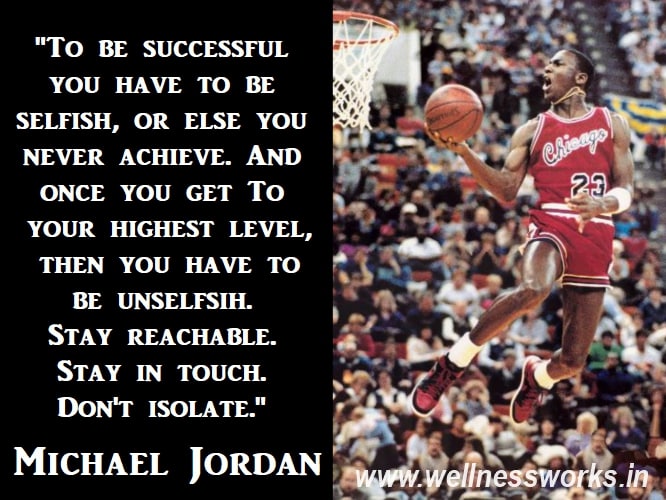 11. “I can accept failure, everyone fails at something. But I can’t accept not trying.” – Michael Jordan

12. “My attitude is that if you push me towards something that you think is a weakness, then I will turn that perceived weakness into a strength.” – Michael Jordan

13. “Sometimes, things may not go your way, but the effort should be there every single night.” – Michael Jordan 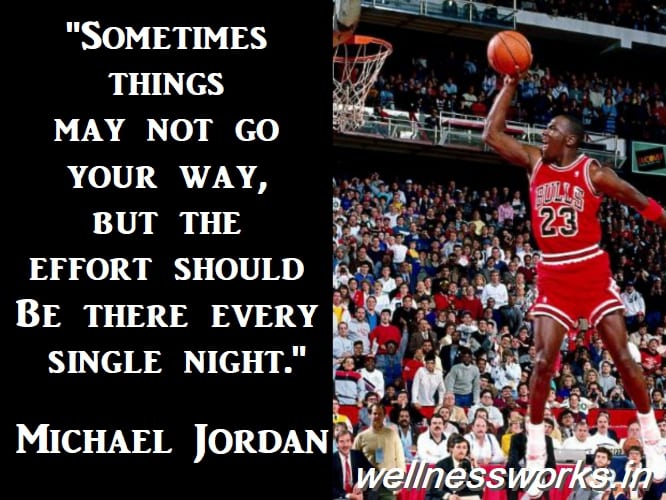 14. “The game has its ups and downs, but you can never lose focus of your individual goals and you can’t let yourself be beat because of lack of effort.” – Michael Jordan

15. “I have missed more than 9000 shots in my career. I’ve lost almost 300 games. 26 times, I’ve been trusted to take the game-winning shot and missed. I’ve failed over and over and over again in my life. And that is why I succeed.” – Michael Jordan 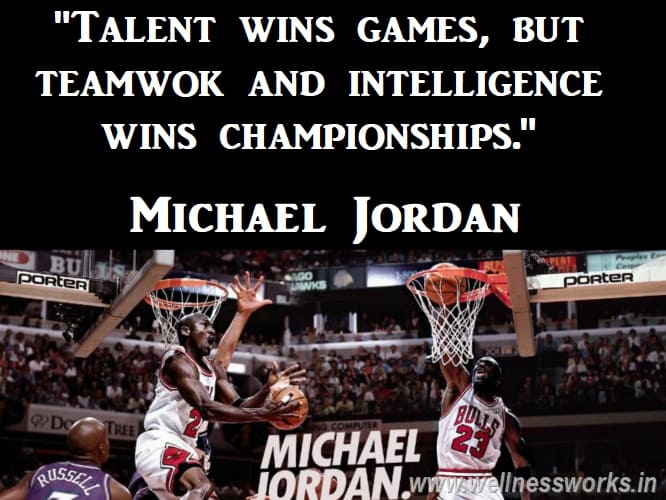 17. “The game is my wife. It demands loyalty and responsibility, and it gives me back fulfilment and peace.” – Michael Jordan

19. “You have to expect things of yourself before you can do them.” – Michael Jordan 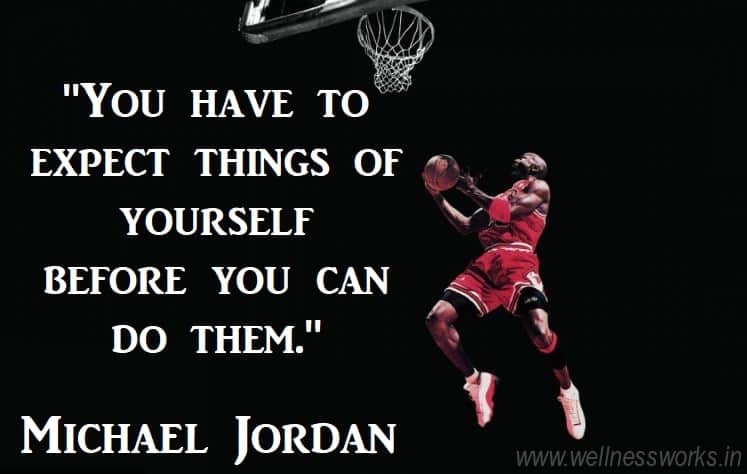 20. “Sometimes you have to get hit in the head to realize that you’re in a fight.” – Michael Jordan

21″My attitude is that if you push me towards something that you think is a weakness, then I will turn that perceived weakness into a strength.” – Michael Jordan

22. “There is no such thing as a perfect basketball player, and I don’t believe there is only one greatest player either.” – Michael Jordan 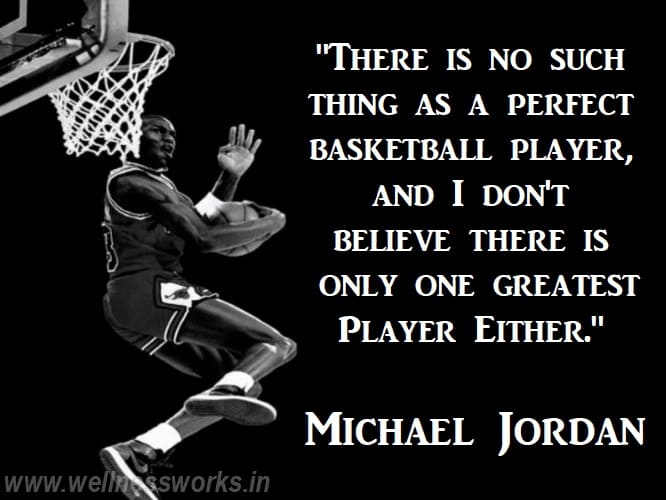 23. “I’ve always believed that if you put in the work, the results will come.” – Michael Jordan

25. “My father used to say that it’s never too late to do anything you wanted to do. And he said, ‘You never know what you can accomplish until you try’.” – Michael Jordan 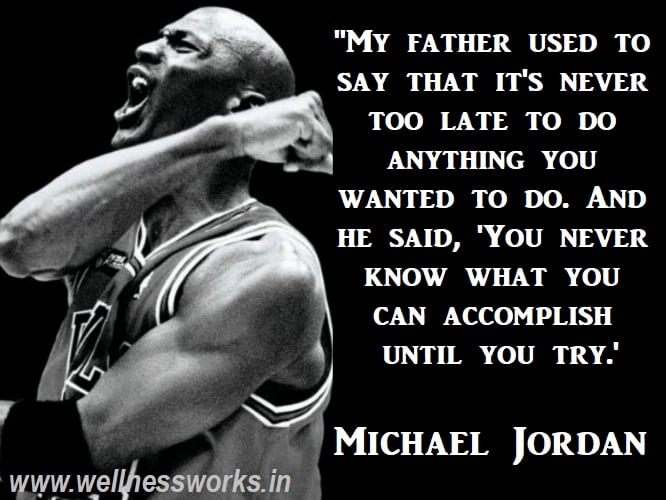 27. “Don’t let them drag you down by rumours just go with what you believe in.” – Michael Jordan 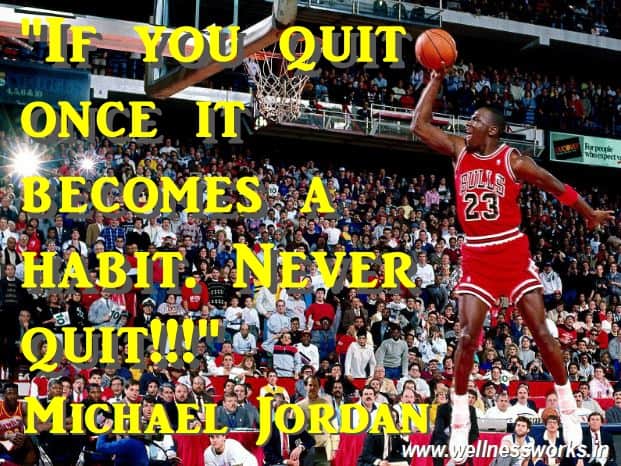 29. “If you do the work you get rewarded. There are no shortcuts in life.” – Michael Jordan

30. “I play to win, whether during practice or a real game.” – Michael Jordan 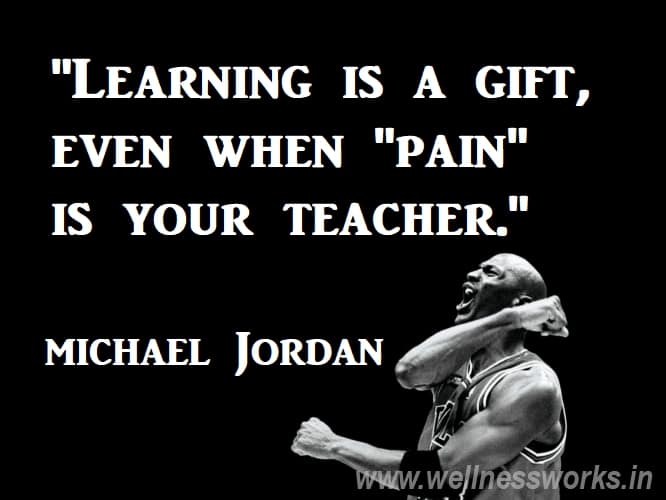 32. “Every time I feel tired while I am exercising and training, I close my eyes to see that picture, to see that list with my name. This usually motivates me to work again.” – Michael Jordan

34. “What is love? Love is playing every game like it’s your last.” – Michael Jordan 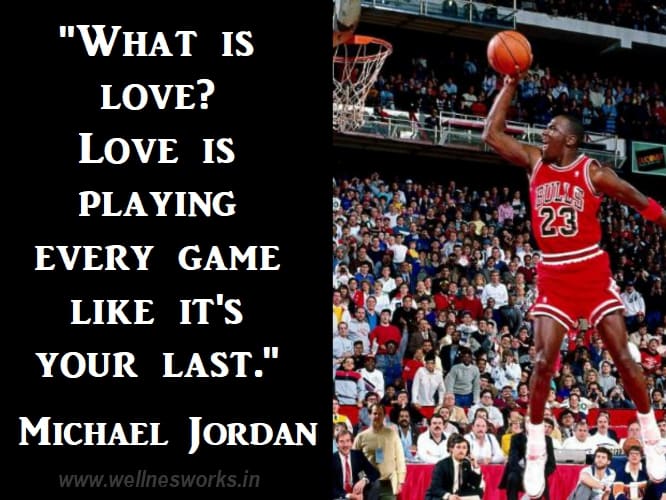 35. “I’m not out there sweating for three hours every day just to find out what it feels like to sweat.” – Michael Jordan

38. “Heart is what separates the good from the great.” – Michael Jordan

39. “I believe greatness is an evolutionary process that changes and evolves era to era.” – Michael Jordan

After having read the Top Most 40 Michael Jordan Quotes if you think there is anyone in your life who needs inspiration share his words of wisdom. Let us all spread the wings of Success Mantras to everyone in our lives!

Do tell us in the comments below – which two Michael Jordan Quotes resonate with your life and why! Let us see how many of us have common Quotes.

Amazing Health Benefits of Turmeric or Curcumin you Never Knew