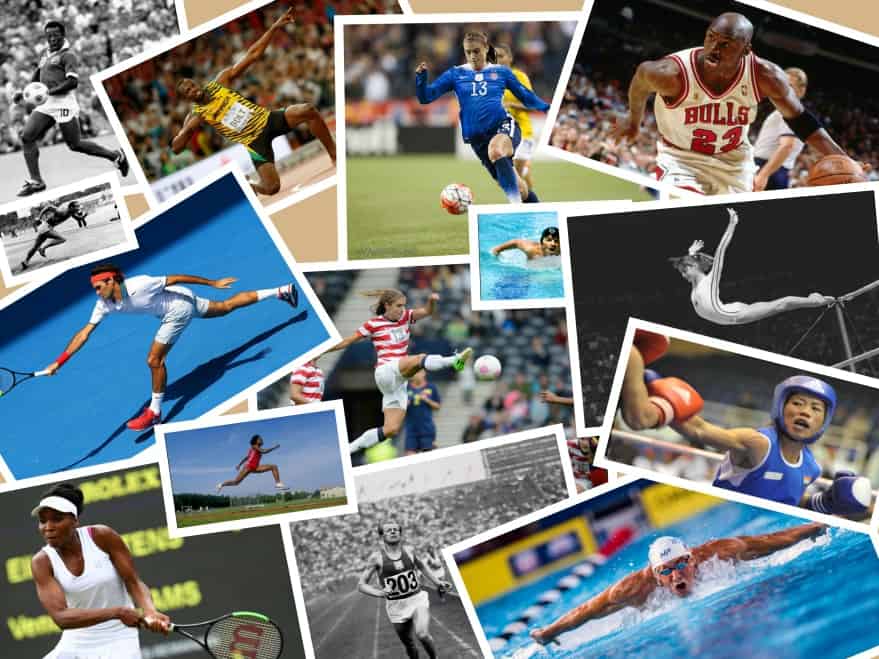 This set of sports quotes reflect the impressive work ethic and relentless dedication that sportspersons across the world have showcased.

Our Top 10 Inspirational sports quotes of all time look up to sportswomen and men who have managed to break records with their hard work and commitment, a quality that inspires us the most.

These are some of the most commonly asked Questions across Google and Quora on Sports Quotes:

What are sports important and inspirational Sports quotes?

What sports quotes will last forever? What can sports teach you?

What are the best sports quotes you have read recently?

What are some quotes from famous runners?

Most Sportspersons speak from the heart when they talk to their fellow sportsmen, women and their fans. Their inspirational quotes help other athletes push forward when they are up against difficult situations and make the most of any competition.

These sports quotes sayings can help us stay motivated. They will get us through the last mile of a tough assignment at work,  just as well as they help us in the last five minutes of a workout session at the gym.

These quotes on sportsmanship are both motivational and inspirational quotes, they prompt something inside an athlete’s mind to click lifting the sportspersons energy so that he or she can perform to the maximum.

Top 10 inspirational sports quotes force us to push through the tougher aspects of physical and mental activity helping us to achieve our goals.

“I want to keep improving. continue to help my teammates improve, make my teammates look good. Continue bringing something new to the game, never getting completely content and always trying to get better.” – Alex Morgan 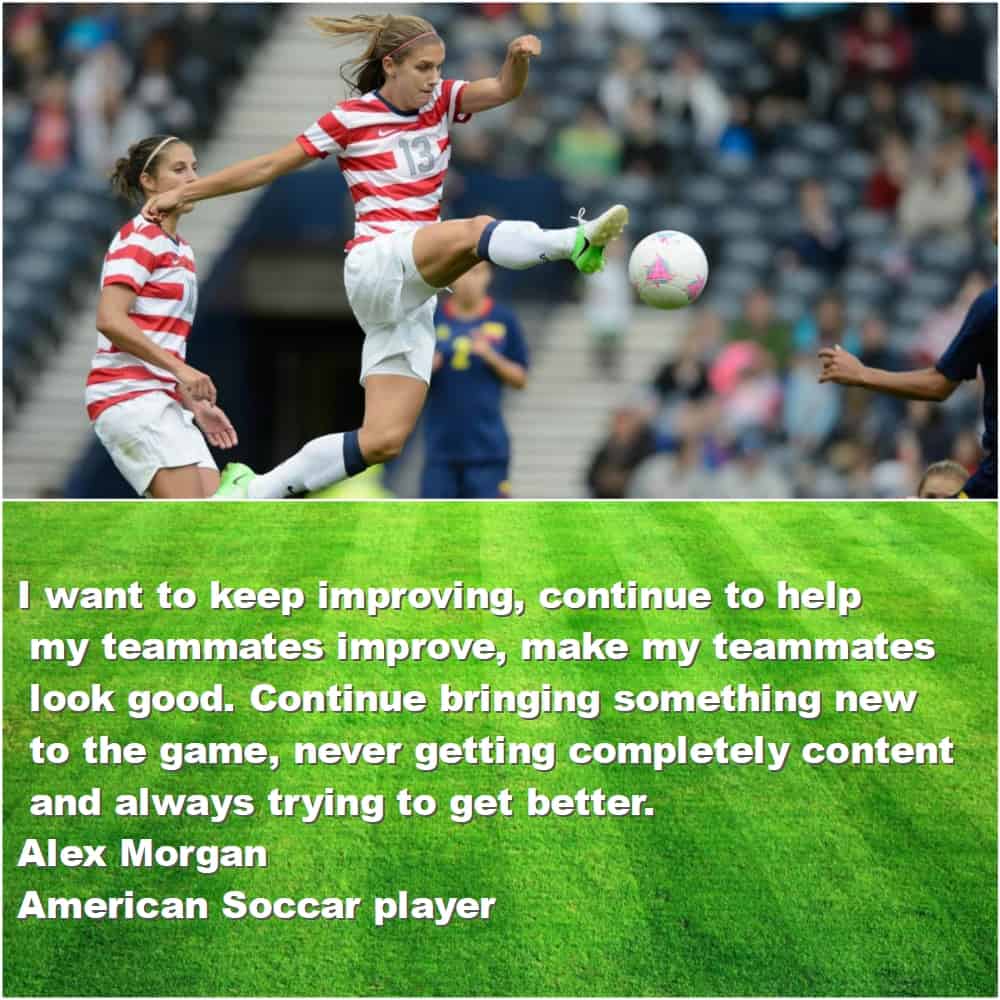 She is a  huge female athletic star in the USA  and talks here about the team spirit being the building block for all good sportspersons.

“Skill is only developed by hours and hours of work.” Usain Bolt 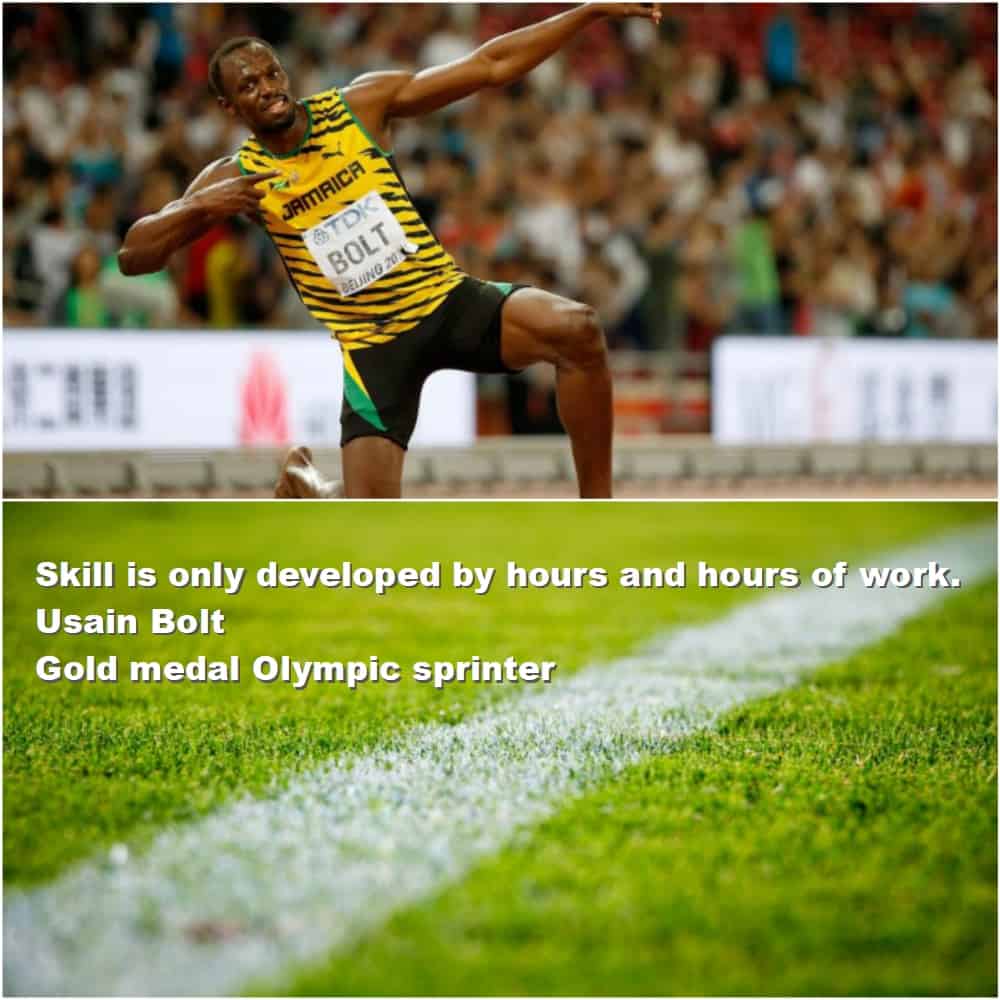 The fastest man in the world Usain Bolt from Kingston, Jamaica is the first person to hold both the 100 metres and 200 metres world records. He is the reigning Olympic champion in these three events.

Because of his dominance and achievements in sprint competition, he is widely considered to be the greatest sprinter of all time He reinforces the belief that hard work has no short cuts.

“Some people say I have an attitude, maybe I do but I think you have to. You have to believe in yourself hen no one else does that makes you a winner right there.” – Venus Williams 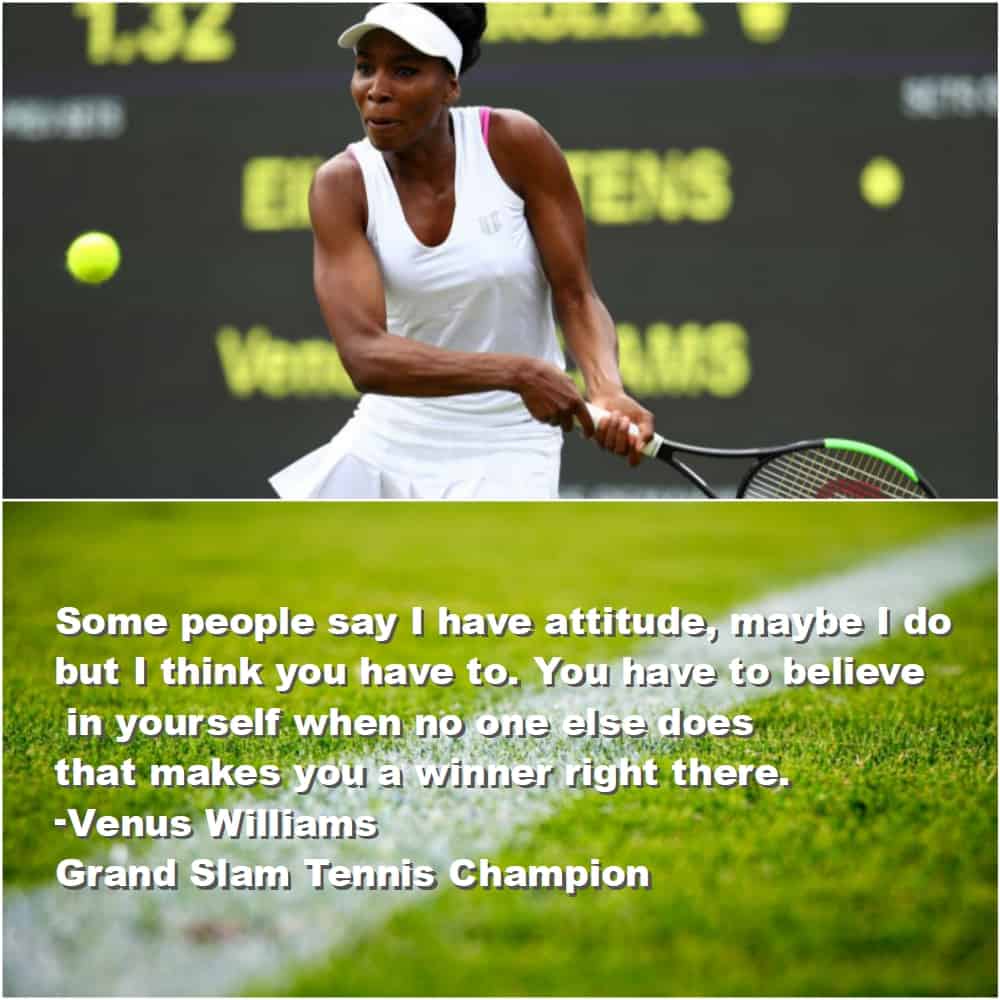 In her motivational sports quote says that her attitude comes from self-belief is what turns you into a winner.

“I’ve missed more than 9,000 shots in my career. I have lost almost 300 games. 26 times, I have been trusted to take the game-winning shot and missed. I’ve failed over and over and over again in my life. And that is why I succeed.” – Michael Jordan 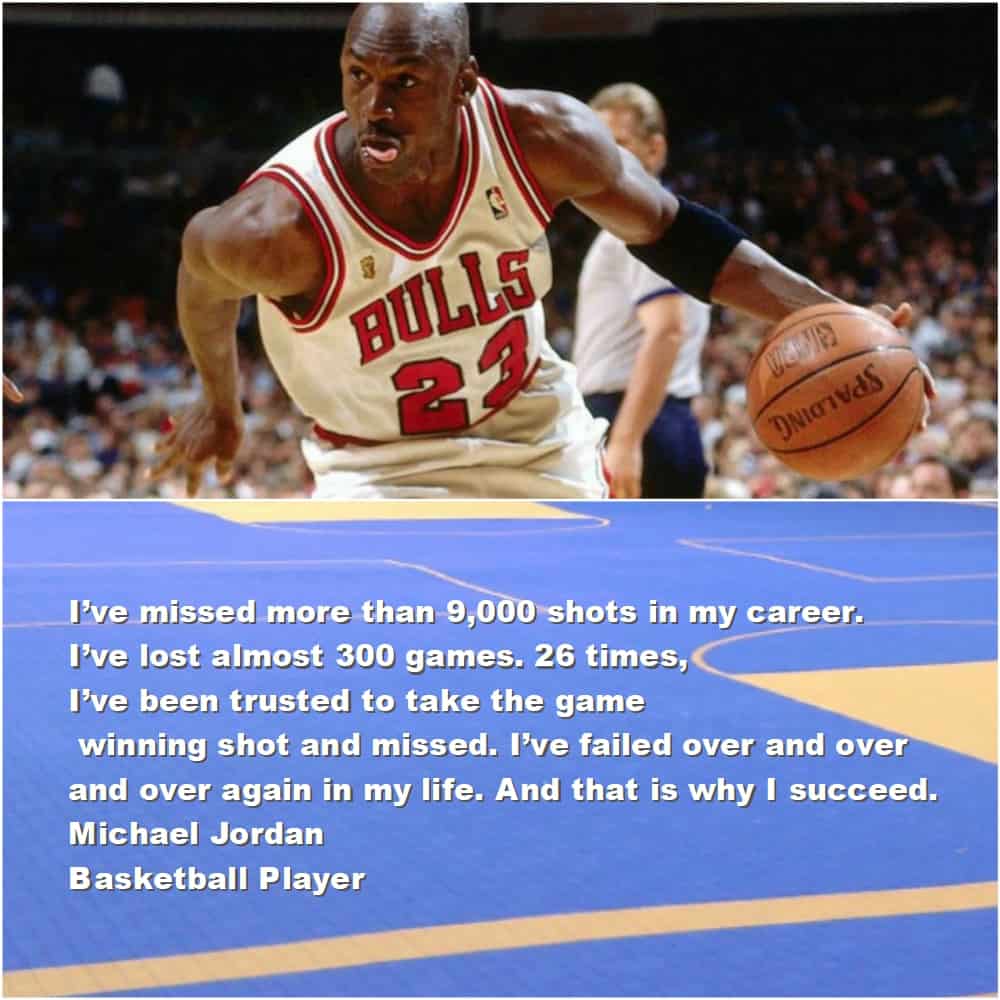 MJ or Michael Jeffrey Jordan is a  professional  American basketball player. Jordan played 15 seasons in the National Basketball Association (NBA) for the Chicago Bulls and Washington Wizards.  Known for his wit, one of his quotes on sportsmanship talks about failure being as important for success as

Known for his wit, one of his quotes on sportsmanship talks about failure being as important for success as the success itself.

“I don’t run away from a challenge because I am afraid. Instead, I run towards it, because the only way to escape fear is to trample it beneath your feet.” – Nadia Comaneci 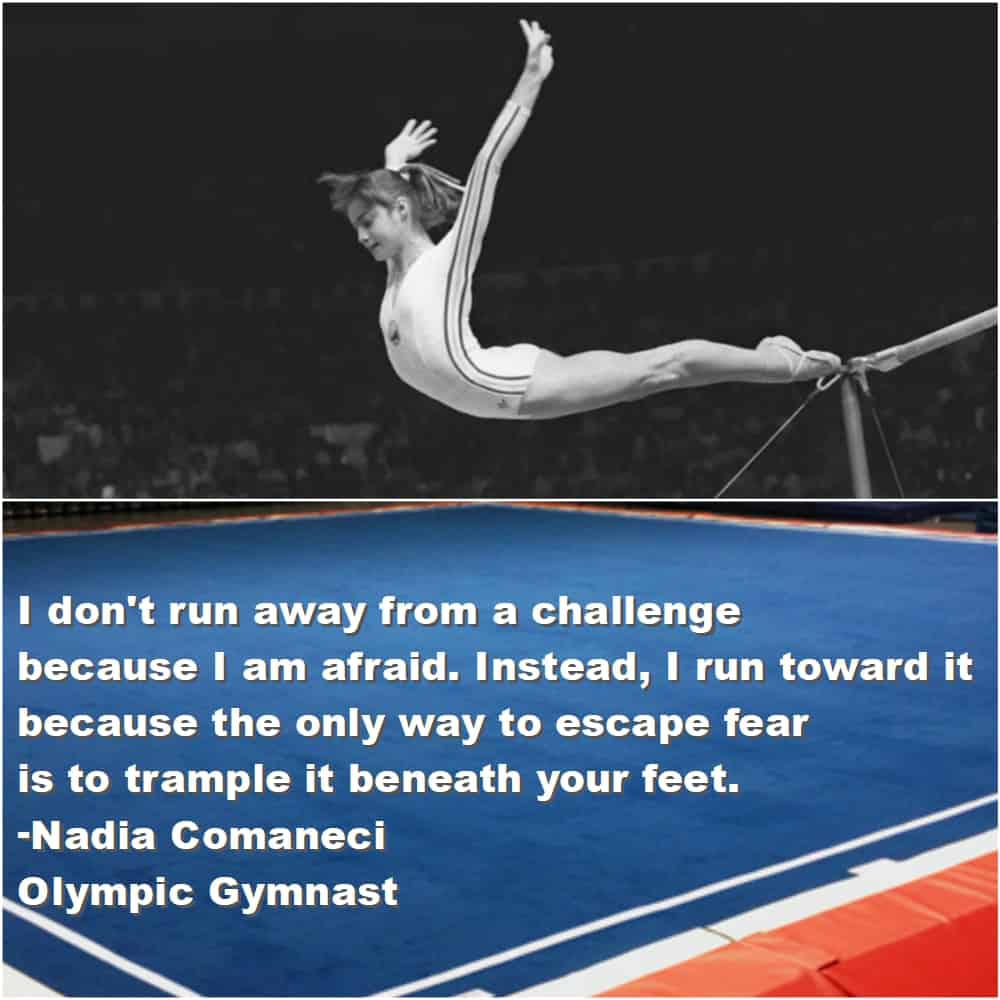 During the 1976 Olympics in Montreal all of 14 years old she became the first gymnast in Olympic history to be awarded the perfect score of 10.0 for her performance on the uneven bars. In one of her inspirational sports quotes, she speaks about trampling fear as a stepping stone for success in sports

In one of her inspirational sports quotes, she speaks about trampling fear as a stepping stone for success in sports

“I don’t quit once I step out on the court. Guess you got to drill me one in the eye, then maybe, but otherwise I don’t’ quit.” Roger Federer 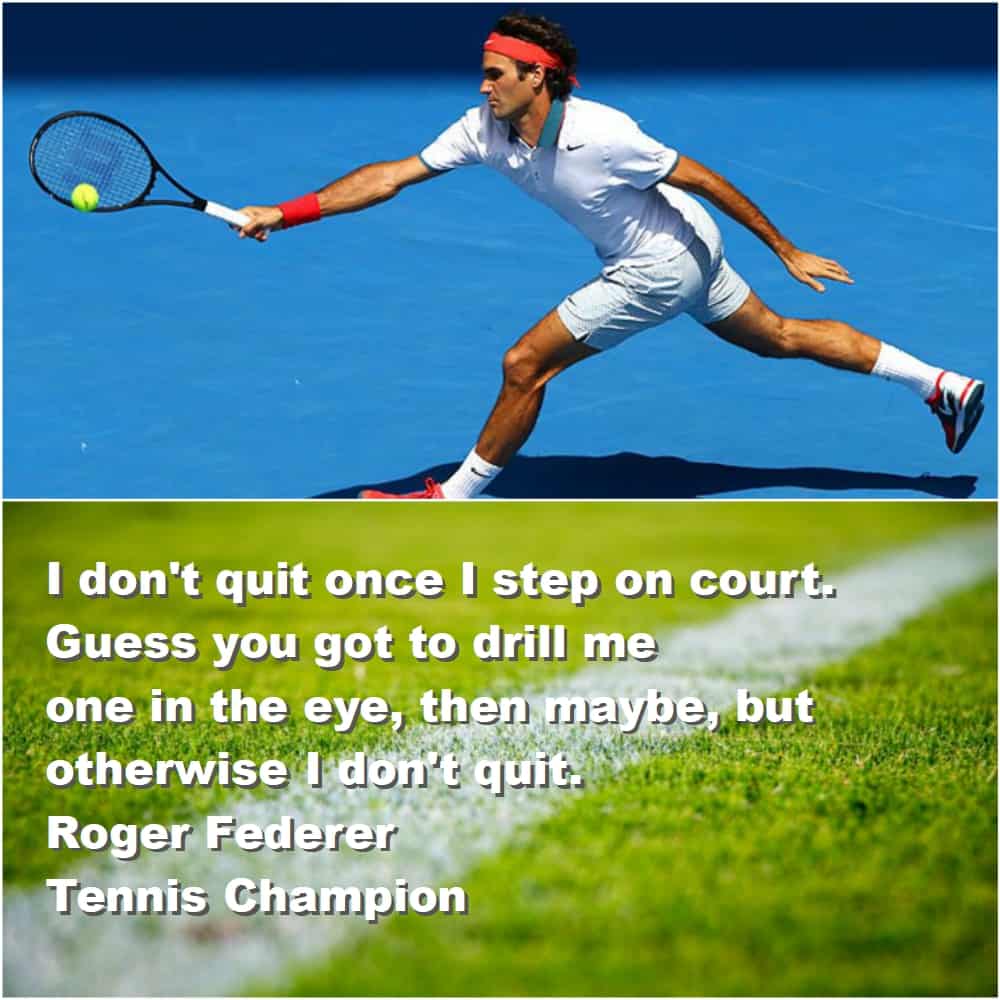 Roger Federer’s inspiration sports quotation speaks of not quitting and he has backed up that sports saying with ample proof. The Swiss pro tennis player has won 19 Grand Slam singles titles, the most in history by a male tennis player.

The Swiss pro tennis player has won 19 Grand Slam singles titles, the most in history by a male tennis player.

“People used to say boxing is for men and not for women and I thought I will show them someday. I promised myself and I proved myself. ” – Mary Kom 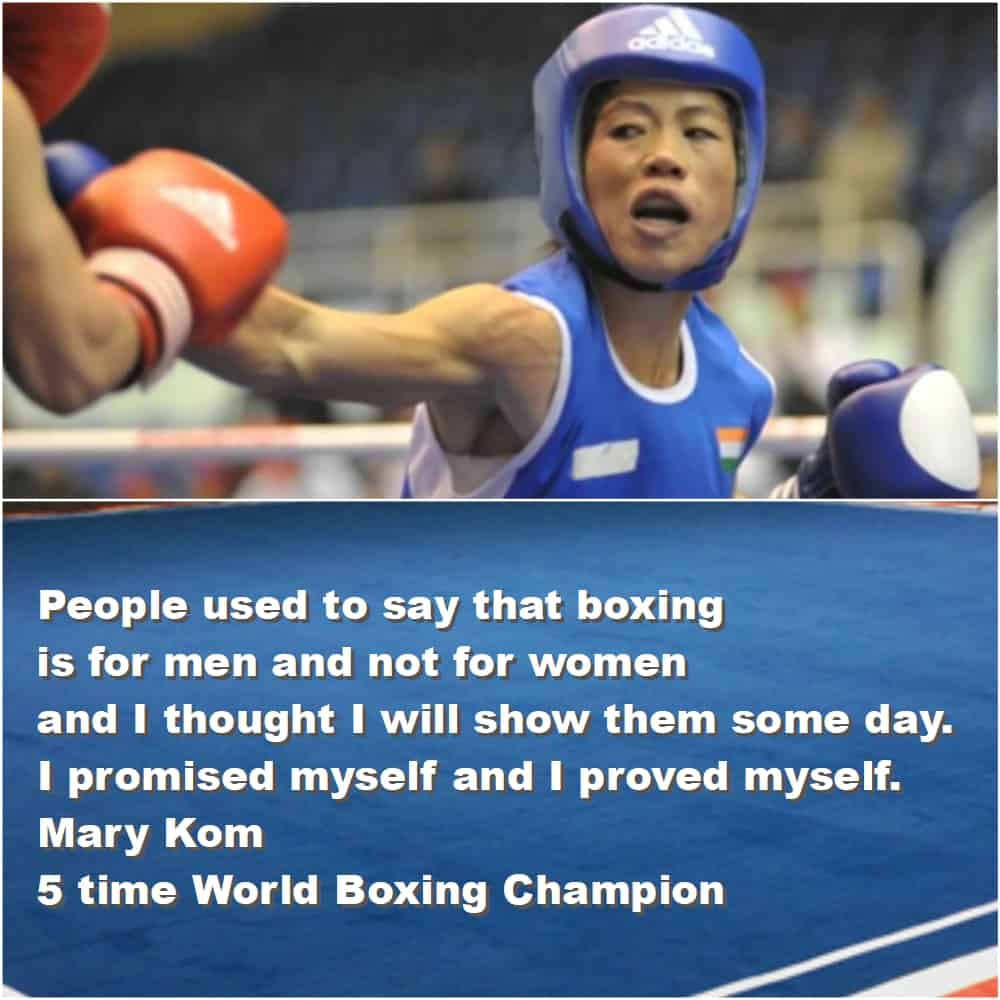 Speaking on the discrimination against women in sport 5 time Women world Boxing champion Mary Kom from India in a very inspirational saying tells us how she never gave up and proved everybody wrong.

“The more difficult the victory, the greater the happiness in winning.”- Pele 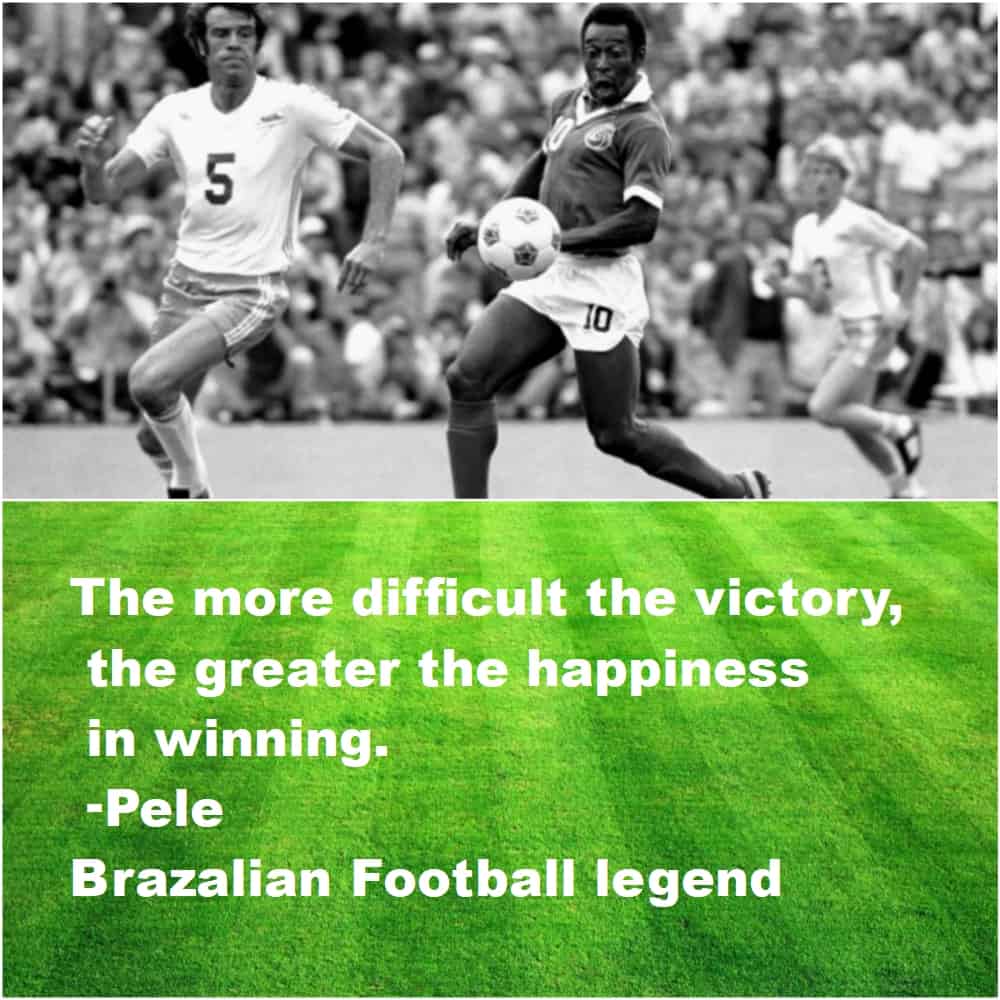 This football legend Pelé is a retired Brazilian footballer who played as a forward for his country. He is widely regarded as the greatest football player of all time and his sports saying is a quote from the heart> it talks about the joys of winning and how in the end it is all worth it.

He is widely regarded as the greatest football player of all time and his sports saying is a quote from the heart> it talks about the joys of winning and how in the end it is all worth it.

“You can’t put a limit on anything. The more you dream, the farther you get.’ – Michael Phelps 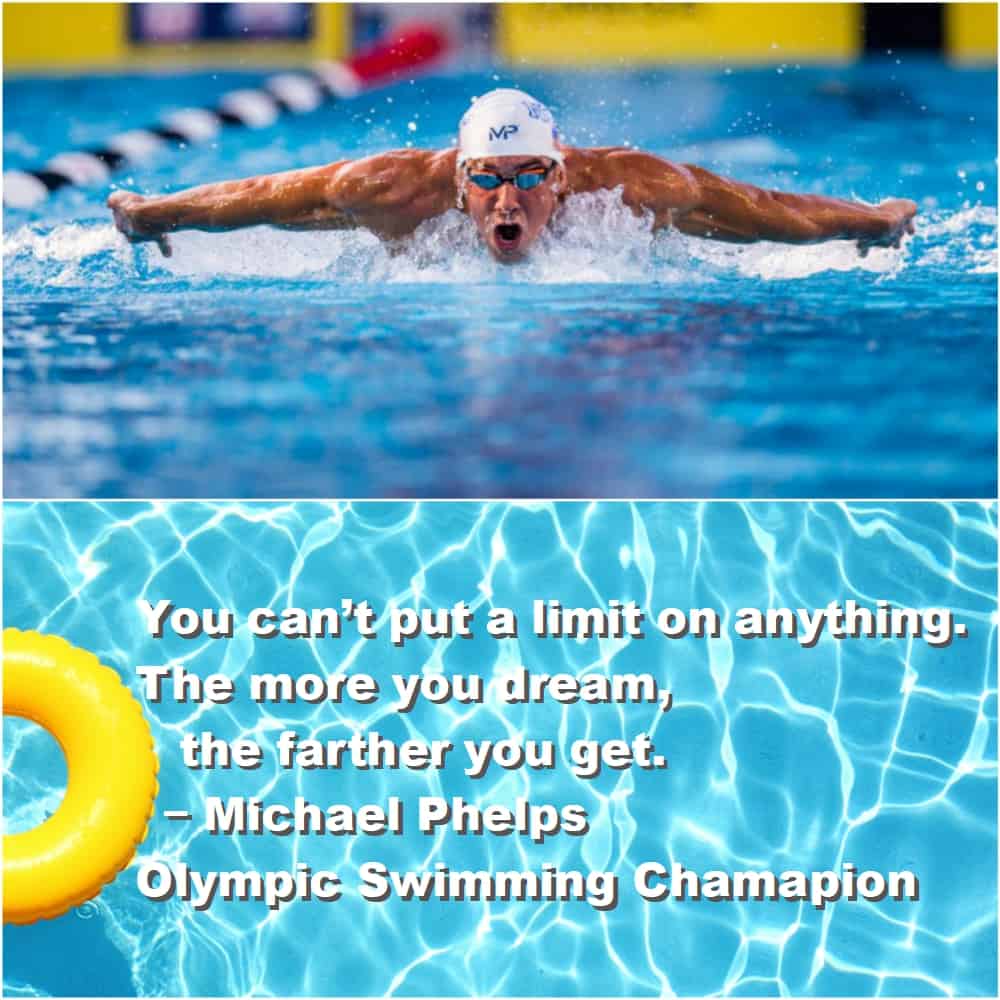 He is the toast of American swimming Michael Phelps is the most celebrated Olympian of all time. At the Olympic Games of 2000, 2004, 2008, 2012, 2016. Michael Phelps had collected a total of 23 golds, three silvers and two bronzes a record-breaking haul. Phelps in an inspirational quote spells out the way to follow you dreams make them come true

At the Olympic Games of 2000, 2004, 2008, 2012, 2016. Michael Phelps had collected a total of 23 golds, three silvers and two bronzes a record-breaking haul. Phelps in an inspirational quote spells out the way to follow your dreams make them come true

“An athlete cannot run away with money in his pockets. he must run with hope in his heart and dreams in his head.” – Emil Zatopek 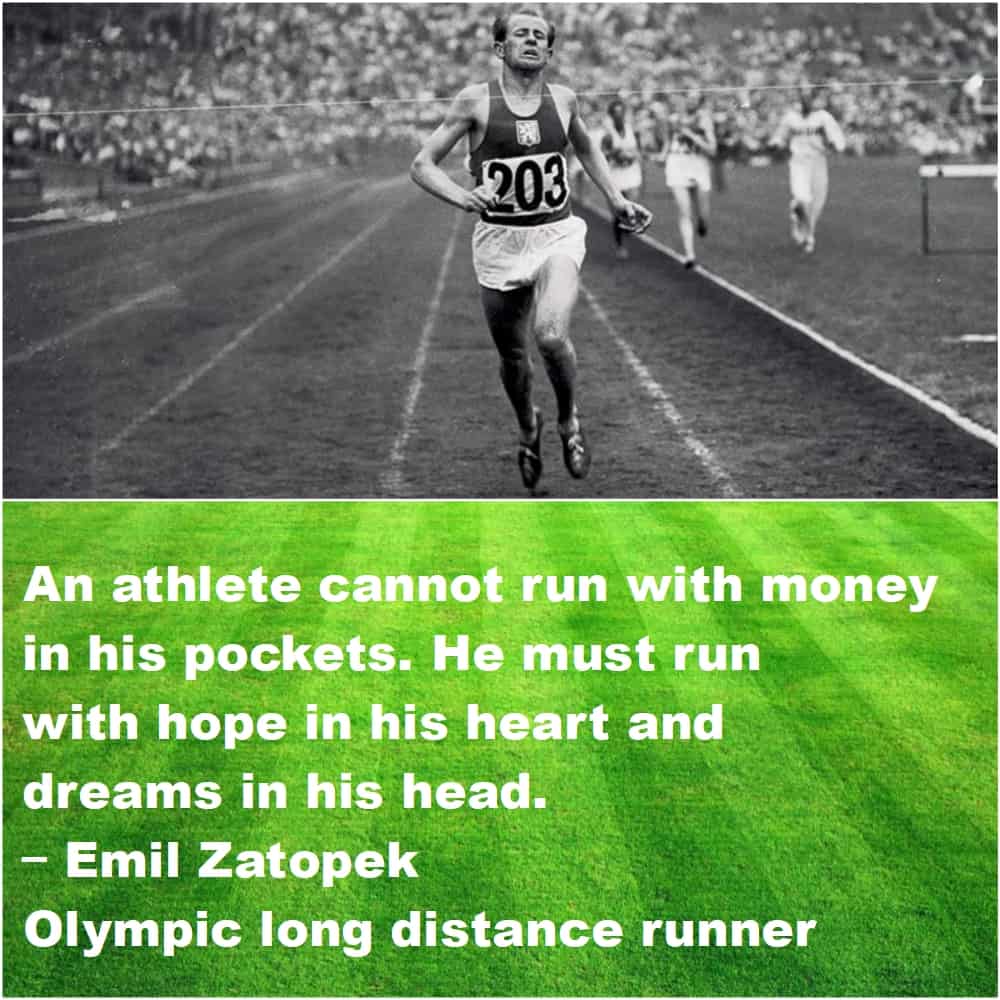 Emil Zátopek was a Czechoslovak long-distance runner best known for winning three gold medals at the 1952 Summer Olympics in Helsinki. The legend is a motivational sports quote speaks about the hunger one must-have for sport and the best way to run is with hope in the heart.

We hope these Top 10 Inspirational Sports Quotes of All Time have motivated you to excel in the sport of your choice.

Also, check out our special section on the Top 10 Inspirational love quotes from the movies

Inspirational Quotes by Buddha on Love, Peace, Karma and Hurt

How to do the 12 Basic Yoga Postures: Names, Steps, Pictures, Benefits

Top Movie Quotes on Love – From Romantic and Famous Movies

Inspirational Mindfulness Quotes to Live By

Drinking White Tea or Green Tea is certainly not a fad! It has benefits and healing properties often underplayed. It is also one of the