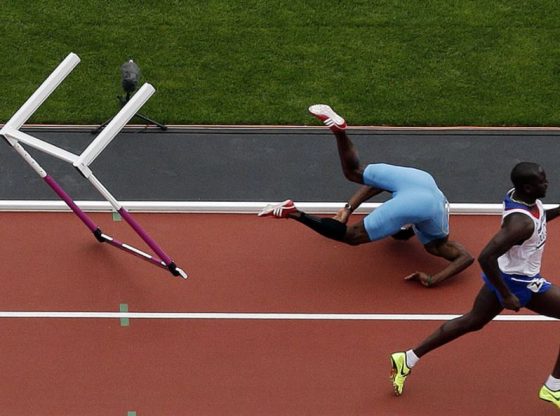 How to deal with failure

It’s great to say that success is failure turned around and only those who fail greatly, achieve greatly. Golden words very wisely carved into the minds of those who try, but what happens when you try and try and fail again. You have tried your best and one fine day the world that you have built brick by brick comes crashing down, that is when you have to deal with failure more than anytime else.

And like the heap of bricks in front, you sit down heavy and you feel like crying, a sense of alone takes hold of you and as the world carries on its merry way. This is a failure and it hurts the self-esteem and the courage and the desire to achieve.

It gets especially tough when the world looks up to you as someone who is ‘sorted’ and an ‘achiever’. Someone who has been ‘there’, and is disciplined and persevering and focused and knows the formula. Times like this more than anything hurt your sense of self you just want to run and hide. It happens to all of us and as my mother used to say, it’s at times like this that God is frustrating you so that you learn a life lesson. it is when  you have hit the bottom that you deal with your failure shake yourself and rise again.

What do you do to rise out of the dumps and walk? I say, do anything, yes anything, any action and do it right away. Divert your mind and slowly the desire to fall into the chasm of self-doubt will go away, it’s like walking away from the problem ditching it for now before it engulfs you.

Be  grateful  fro what you have

Next, turn on the gratitude. It works wonders with your bruised sense of self, once you have moved away from the failure. Take a little time out to just say thank you to yourself for all the times you have been successful and all the good that surrounds you. An attitude of gratitude added to an attitude of resilience will finally defeat failure.

Once you have given the problem time to settle down, go back to it. You will notice it hasn’t gone anywhere, it’s there waiting for you.  Go to it when you are ready and feeling better and this time look at the problem in reference to the rest of your life. Nine times out of ten what seemed enormous then looks much smaller now in the schematic of your life. As you deal with the failure it keeps getting samller and samaller.

Once it begins to look better and it does if you look at it after a break, begin to break the failure down into little chewable doable bits. Relook at the problem and explore different ways to tackle it. Look for a support group. Talk to people who have been through the same failures dealt with the same problem and made it through. Study and compare their steps and processes of dealing with the issue. Go to the internet for inspiration. There are numerous cases of others who have dealt with the same problem. Learn how they did it and apply it to your case.

Slowly replace the can’t do, won’t work thoughts with positive ones, It’s doable, I can achieve this. Do it each time doubt comes along to knock you down. This is a very important step in beating failure. For me it’s a must do. Every time my mind gets taken over by a negative thought on the subject, I superimpose the negative thought with a positive one. That way I build on confidence and that goes a long way in tackling failure.

We will all fail and fall on numerous occasion the idea is to pick ourselves up and deal with your failure. Take a good long look at the problem and keep walking toward it, till we pass it.