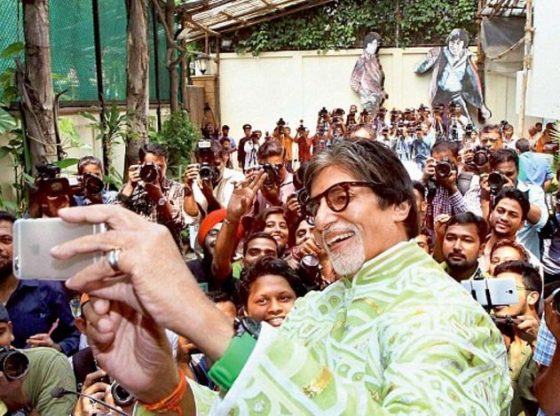 In my line of work as an Entertainment Journalist, I  meet numerous stars and  I must confess there is one star whose life and style I’m particularly struck by and so when I was looking to write on the inspiration we garner from the stars my natural choice of role model is Bollywood superstar Mr Amitabh Bachchan. His years of  experience and living with life has taught him these lessons, they are the  Amitabh Bachchan success mantras

I have interviewed and interacted with him on numerous occasions and come home with lessons learnt. There are many things to be learnt from this true Karmyogi  I’m going to talk about some in this post.

Time  is the Vachan (promise) for  Mr Bachchan

In Bollywood, it is very fashionable to arrive late. Some stars have held the journalist world ransom for 6 to 8 hours sometimes, not with Mr B. 4pm is 4 pm here.  I have never seen this man late for an interaction of any sorts interview, event, shoot or his durbar’s on Sunday morning. Even if he is a few minutes late he will apologise profusely.

That brings me to his second strength, his wonderful ability to treat everyone he meets alike and make them feel special. Once a  farmer from the interiors of UP came to meet him on a Sunday morning.  An old wizened individual, Mr Bachchan gave the man his full attention even striking up a conversation with the farmer on a food item, a speciality of the region. It left the farmer with a couple of moments he will cherish for a lifetime. One of the  Amitabh Bachchan, success mantras that the Bollywood star holds very close.

Big B always gives it his best.

In an interview with me once Mr Bachchan said he felt uncomfortable being referred to as a ‘superstar’.  He said, ” I see myself as an actor doing his job”.  It a job he gives his everything to. I remember during a show for the movie ‘Paa’  I decided to don a similar prosthetic on my head as Mr B had for the movie. It took me 2 hours to get the big head on, it was uncomfortable and made me hot headed in half an hour.  I learnt later, for the movie he took 4 hours every day to get the look. And thereafter he wore the prosthetic for the whole shoot,  all for a brilliant performance. Now that only happens if you are giving it your all.

Mr Bachchan has on numerous occasions shared with the press details of the very trying period in the late 90’s when all was but lost. Today he is in a very comfortable position as far as finance is concerned.  So I asked,” Why don’t you retire?”  he said, “my friend, bad times come unannounced and they do not discriminate between rich and poor. When they do accept failure not defeat, never give up”.  For that reason, to date, he calls up director and producer alike and asks for work.

Ask  for help, even Amitabh does

Through all these years of being the Amitabh fan, I too have learnt a lot about the man. One trait I admire him for is his ability to communicate when he’s in a fix and ask for help. The story goes that around the 2000’s when all was going south for Mr Bachchan one day he visited Yash Chopraji and asked him for work. Yashji agreed and gave him Mohabbatein which was a huge success and is credited with bringing him back from the brink. he admits that his constant quest for work keeps him busy and is an important facet of the lot of  Amitabh Bachchann success mantras

None of us is but one thing is for sure,  “woh jahan khaday hotay hai excellence and perfection ki line wahan se shuru hoti hai”.