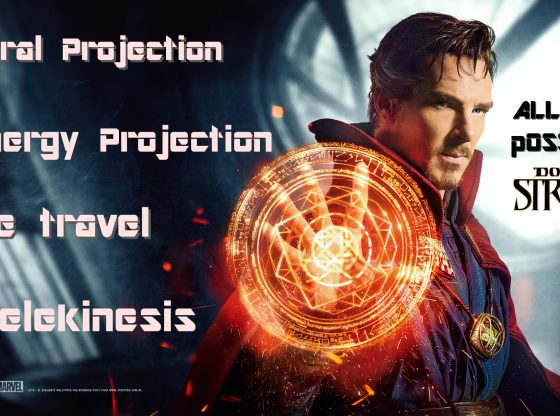 Marvel’s latest film Doctor Strange may be ‘strange’ . However, here is a lot in the film which is in the realm of reality if looked at from the point of view of the mind-body space and the interplay of energies.  All of this is played out on screen by the good doctor played by Benedict Cumberbatch a superhero. Throughout the film, I was struck by the similarities in the concept, known energy principles, techniques of channeling energies and healing energies.

I have witnessed these being used by masters of holistic healing some of which I have learnt to myself as a Praanic and Reiki healer. Therefore, how much of what we saw in Doctor Strange is real and possible and how much is plain fiction I will try and demystify.

In the film it all begins with Stephen Strange, hands crippled in a car accident travelling to Nepal. His journey is one of faith to meet the Ancient One, The Sorcerer Supreme, Tilda Swinton in the film. After modern medicine gives up on him, she guides him through a session. It is on how the mind can heal the body by talking to it all , while using healing energies. It mirrors a growing belief that – where modern medicine throws its hands up, holistic healers guide the patient to self-healing according to set energy principles using words and hands.

Part of Dr Strange’s initiation by The Sorcerer Supreme is a crash course in ‘Astral Projection’. Astral Projection is the ability of your consciousness to leave your physical body and travel freely. For all of us who meditate this is an everyday experience. While meditating you – many a time see yourself hovering over your physical body. That apart, there are thousands of reports of near death experiences.

Sadguru Jaggi Vasudev sums it up very well,”There have been schools which have been fundamentally focused towards this in India – it’s called parakaya pravesha. There are certain systems of yoga where they are completely focused towards astral travel and things like this. It is possible but needs skill and caution.”

So Astral projection as shown in Doctor Strange is very much in the realm of possibility. It is certainly a part of universal energy principles.

It is one thing to have a projection of yourself outside your body but quite a different realm if you travel with your physical body into a different dimension.  Travel through time and space is easy for the mind. However, it has been described in depth in ancient texts from the Indian sub-continent. It is a while before science gets its act together and  begins to teleport us to a different dimension. Till then we will leave it to Doctor Strange to explore these energy principles in the films.

Many moons ago I was shooting at a small Buddhist monastery high up in the rarified air of Ladakh in the Himalayas. Here I was introduced to an old hermit who by the accounts of my guide had been in one dark room without turning the lights on for over eighty years. When I was seated across him I noticed in the semi-dark stillness a book close to me move and soon to my amazement this object sliced the air and soon was in his hand.

Telekinesis certainly a possibility as much in Doctor Strange’s world as in the real world. It is only that we do not put our mind to it or we could move mountains just using energy principles.

In fact, scientific experiments involving telekinetic abilities reviewed in a research by the U.S. Air Force and written by astrophysicist Dr Eric W. Davis (2004) titled“Teleportation Physics Study.”  The report details at length successful tests where humans were able to control and move or bend objects using the power of their mind.  The YouTube is overflowing with demonstrations by children and adults alike who possess the power. Therefore, Doctor Strange is a possibility and a big one at that for humankind.

Through the film Dr Strange projects energy symbolized by cords of fire and different figures that he conjures up in midair. As part of our basic training as Reiki healers, we were taught to make and throw energy balls with our hands. It is therefore thrown to fellow Reiki practitioners.

In fact Russian and North Korean scientists “Konstantin Korotkov” and “Kim Bong-Han” through their work have proven – we are energy bodies and it can be transmitted from one human to another without physically touching the other person. Chakra healing and meridian manipulation that is a big fad in the West. It uses universal energy principles and  is an extension of this process of using healing energies.

YOU are the creator of YOU-

The interconnectedness of all things

What really intrigues me in the film Doctor Strange, is the interconnectedness of all things. It is another theory that has been propounded for centuries by ancient texts across many religions. So the natural law is an extension of the universe, time moves at a constant rate and the gravity on earth is a constant. In Dr Strange, if you moved one it would affect the other.

The Ancient One honestly explains it pretty well when introducing the concept of the Multiverse to Strange. Moreover the  view of the Multiverse isn’t that far off from actual scientific theory about what other dimensions or universes might be like after all.

I am more inclined at this point to look at Doctor Strange more as a science fiction film that a superhero fantasy film. To me, this film is rooted firmly in holistic sciences.

Therefore by manipulating the ambient mystical energy of this universe, Dr Strange can perform a great many functions. This, in turn, insures his longevity both as a character and from the films as a franchise. You could consider the movie to be based on science fiction or fantasy or something in between. However, the fact remains that it takes a pretty interesting approach to holistic healing as well as magic.

Back to the movies with Doctor Strange, Hollywood biggie, Marvel is all set to expand its superhero universe in new and interesting ways with Stephen Strange. Through his acts, he  will harness energy principles, conjure up mystic arts, dabble in a little bit of magic and whip up healing energies to deliver more of them Doctor Strange films . We can’t wait to watch him at the theaters. Can you!

To Buy the book – Doctor Strange: Mystery of the Dark Magic

Easy and Quick Ways to Clean Energy at Work and Home