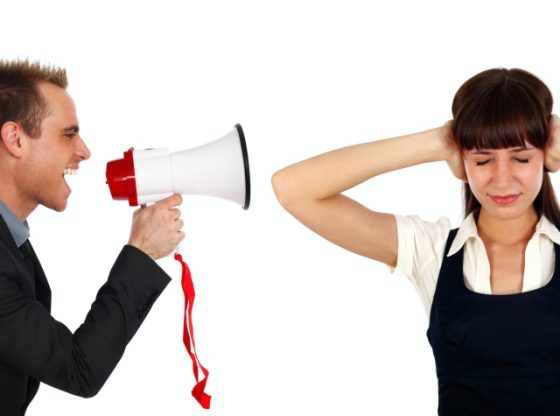 How to criticise healthily

“You are good for nothing, you can’t do a simple task.”  “Your work @#$%, you are a donkey, you are pea brained.” Phrases we either hear or blurt out on a daily basis at home or at work, the collective noun for which is criticism. More often than not the intention of the words is right but the effect of the words on those receiving is devastating.  So which is tougher the giving or receiving of criticism. I would say both are tough and each requires us to be aware and mindful of our words as we listen or speak them.  Let’s begin with the giving of mindful criticism. Here are three big principles of criticising without hurting.

Criticise the act not the person

Direct your words at the actions, not the person or his personality.  Parents and bosses especially need to be careful. It’s never,”you are good for nothing” or “you are just too dumb to be in this job.” Remember,”you need to respond to this urgent  mail faster” is not the same as “you’re  dumb  and slow and stupid.” Always criticise the actions. Make suggestions, about actions, not about the person or his personality.

It’s really easy to be vague, instead of saying to your partner,”You should clean up your act” you could say something like,”Wouldn’t it be great if our apartment was more organised? Let’s make it our weekend project.” “This sucks!”, is easy to say but what you really have to do is explain why you think that way, and be constructive about what you’d like to see as a result.

As a journalist many a time I’ve heard editors run a rookie  to the ground with,”You can’t write, I can’t stand this script throw it into the trash can.”  When actually,”I would like to see more numbers in your script, that would give it credibility”, is what the editor really wanted to say. Being specific to the task when you criticise rather than the person places you in the category of someone who gives mindful criticism.

Use the sandwich method

In a recently published article Dr Denise Glassmoyer, an American doctor of clinical psychology says, “The sandwich approach is useful in both professional and personal settings.The bread consists of very specific positive feedback (a compliment), and the ‘meat in the middle’ is the constructive criticism.”

For example, you should start the conversation by complimenting an employee (Sam) on his ability to interact well with clients. Subtly shifting the attention to the part of Sam’s work that needs improvement, say the documenting of these transactions. Offer some positive suggestions on how he can improve this part of his work; offer yourself as a resource for guidance. Finally, conclude by reiterating that a little effort would bring his overall work production up to an excellent level.

The ‘sandwich’ approach to giving constructive mindful criticism surrounds the negative feedback with positive information and useful, actionable advice. Finishing off with something positive can leave you both feeling better about each other and the situation.

You will not always be at the giving end of criticism. Many a time we find ourselves at the receiving end of the short stick, is there a way of making it better for yourself.  By our very nature, we are averse to taking criticism so if you happen to be on the receiving end, you can help the process along by having a good attitude, an open mind, and a willingness to learn and grow from the feedback that is given to you.

Dr Glassmoyer says,”Active listening is essential, the more a person can substitute defensiveness with curiosity the easier it will be to accept criticism. Listening with the intent to understand the other person’s perspective can create an emotional space.” Remember there are always two sides to a story, having an open mind and collaborating with the criticizer on finding a solution to the problem is the best way to take criticism.

So next when you are criticising, catch the act, not the person and when receiving criticism listen and act don’t react, for there are always two sides to the criticism story always give mindful criticism.