Grades not important for success-what is 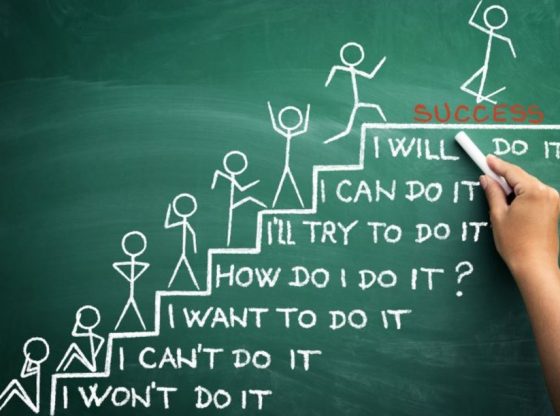 Low marks in exams  are not linked to success

I begin by saying that I have a bias.  I believe that many of the very successful men and women I have met in life are folks who have not scored straight A’s in school or got a 100% in 4 subjects. These folks have proven it to us that low marks in exams and failure  is not linked to success .  Instead these are men who have thought on their feet, defied the rules and taken risks to make it big and successful.

The world is brimming over with such men from Alibaba chief Jack Ma to Bill Gates, Steve Jobs and Richard Branson, all of them are very successful have unfathomable amounts of wealth, status and success. One of the things they have in common is the fact that they never scored it big in class.

So it’s not the exams and the marks and grades that have helped these super achievers sculpt their success stories So the obvious next question in my mind what is it that helped them build the multi-million dollar businesses that they own today.  I decided to put together a list of elements common to all the biggies so as to get a clear picture on the skill set that contributed to their success. I find biographies and autobiographies very interesting reads. It was while reading one such biography that the thought occurred to me to document the threads that connect their success stories and they are many.

Being successful is never a short-term process but it always begins with an idea that will change lives. The successful men and women then take this idea and turn it into their vision. All of them believe that small goals are only stepping stones to a big vision. For instance, Bill Gates who did not have great exam scores to his credit had a vision of a computer in every home across the globe and no matter what happened he never ever lost sight of that vision.  He then set about achieving that vision by setting for himself small goals that would all eventually stack up toward that vision.

The story of Alibaba mogul Jack Ma is no different.  He grew up poor, failed his college entrance exam twice, and was rejected by over a dozen of employers, including one at KFC. He set up 3 companies before finding success with his third internet company, Alibaba. On a visit to the USA in  1995  as part of a Chinese delegation. Here he was introduced to computers, on browsing he realised there was no ‘China’ to be found on the net even though millions of dollars’ worth of goods were being exported by China to the US. He decided it was time China and its industry one of the largest in the world got its own internet window. Beginning from his apartment he convinced 17 friends to invest and Alibaba was born.

God is in the detail

The above bunch and most others I know who have made it big don’t work to live they instead live to work and their work is their vision.  Steve jobs recently released FBI file shows that exams marks and grades were never important to Jobs success. During his years at Homestead High School where he studied from 1968 to 72  Jobs averaged a 2.65 GPA, meaning he got mostly Cs and Bs.

So he wasn’t a bad student, but definitely not the scholar you would expect from a future industry titan. It’s also common knowledge that Jobs was a college dropout. He left Reed College after only six months and ended up getting a job as a low-level technician at Atari. All this while he was perfecting the art of paying attention to the little details in life like learning a new graphics skill.

His belief that design isn’t just what a product looks like, it’s how it works has been transferred to every Apple computer that comes off the production line. Nowhere is this more evident than in Apple’s line of notebook computers. Each Apple laptop features a bit of an indentation in the area right below the trackpad. The launch of the notebooks was delayed by Jobs for over a year until his engineers got the little cut just right.

He formed a core team to supervise the execution of this design and they had thousands of porotype made until Jobs was satisfied and Okayed the launch of the notebook. The reason behind this design choice is that it makes opening up a laptop with one hand that much easier.  Each success story has many incidents like this where the visionary spent endless hours just to get the fine print right.  It means saying NO many a time for many things but that is part of the process.

For most of these achievers there is no work/play balance, in fact, their work is their life and they make it their play as well enjoying every moment of the process as much as they enjoy the product. It is the passion that drives them to success. One of the most successful brokers I know takes a walk in the park each morning listening to talks and discourses of great leaders, he says it rejuvenates and prepares him for the day and he does not waste time on the meaningless.  He does all of this on his iPod, another satisfied customer for Steve Jobs

Failure is a lesson

Have you heard of Nick Woodman? He began with an e-commerce website EmpowerAll.com to sell cheap electronics. I’m sure you have not heard of it.  It failed so he went on to start another site funbug.com which was a sweepstake site.  This too failed so Nick decided to go on a surfing trip and as he wanted to take photos himself while he was surfing he developed a wrist strap on camera and thus GoPro was born.

He says his lesson from his previous failures was the fact that he was not tapping into his passion but instead buckling under pressures to perform like many of us do, the pressure to get a good job to keep going at it to earn and then to live.  Woodman says that when he channelled both his big passions of surfing and photography together that after many failures the idea of a waterproof HD camera came to him and the GoPro was born.

Learning is a lifelong lesson

Mark Cuban insists on reading 3 hours a day, while Bill Gates reads for 1 hour as part of his bedtime routine. J.K Rowling, the first ever billionaire author, read ‘absolutely anything’ as a child. President Obama, Sheryl Sandberg, and Albert Einstein are all book lovers, too.

Reading according to the achievers above opens your horizons, not only that it also helps you learn from the mistakes and successes of others.  Instead of just diving in, relying on your guts and motivation to lead you, reading gives you a mental map to bypass rookie mistakes people make in life.

Lessons come not only in the form of reading but in listening and watching others too. From our childhood onward we humans learn through example that is how we learned to walk and speak and eat. So keep your eyes ears nose, in other words, your senses tuned in at all time you never know what you are learning and when you will be called upon to apply the same in your life.

There I one rider to all of this that I have applied to my life and that is the art of taking notes once the lesson is learnt. We are prone to forgetting and therefore I feel it’s a must to take notes when you learn something. That way it will be with you for a lifetime. These days it’s easy cos most handheld mobile devices are designed with this in mind.

You will not be able to run a business lead a company or do a job in isolation Most of the success pack realised early that they could not do everything by themselves. They never had a one-man vision. One of the early things you have to do as an entrepreneur is learning the art of delegation. Richard Branson in an Interview to the BBC said, “Find people who are better than you to run the company on a day-to-day basis, freeing yourself up to think about the bigger picture and spend time with your family.

That’s very important, especially if you’ve got children, they are what’s going to be left when you’re gone.”  I know I’m a good entrepreneur, but I’m not sure that I’d be a very good manager and there is a difference. My mind is always thinking ahead and wanting to create new things. I just think once I’ve set something up, it’s better if someone else runs it. I can dive in and out and be a pain occasionally, but the day-to-day business is better for somebody else to do.”

Since the world around you is made up of people it is important to carry them along with you. Be it the worker in your factory or your business partner or the government official who passes your order or ultimately your client making friends according to me influences people and this makes the world you operate in an easier better place to live in. All of this easier said than done right. Well yes and no Reid Hoffman, co-founder of LinkedIn, is arguably one of the best networkers of the online era has a trick to network right and he shares it with us

“To be truly helpful…you need to have a sense of your friend’s values and priorities. What keeps him up at 2 AM? What are his talents? His challenges? What keeps him ticking. Once you understand his needs, think about offering him a small gift.

A small gift is something that’s easy for you to give, unique to the relationship, and unusually helpful for the other person. Classic small gifts include relevant information, introductions, and advice. Once you start looking for opportunities to do small favours for your connections, they’re incredibly easy to find.” Not only that they are the best way to strike up a bond that is human relatable and warm

FREINDSHIPS CREATE VALUE and add value to your brand

In the end a statutory warning

None of the names mentioned here had great grades in school but in our world today they are all adding value to lives and are extremely successful. This does not mean those who have scored 100 % in their exams are good for nothing, no these are just a case for those with average grades but great minds in the making.  All of them through their lives proving to us  that grades and marks are not important to success.