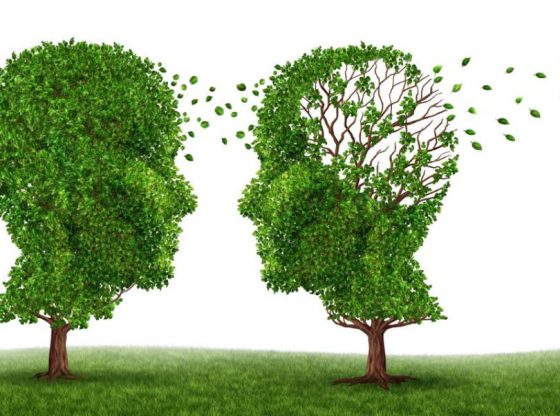 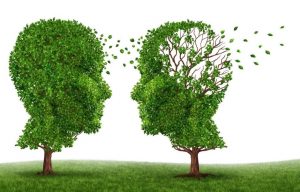 I have a very very close friend’s mother suffering from Alzheimer.

I have been watching her over the past few years and it saddens me no end that a super vibrant, on the move lady who embraced and loved life to the very core, is suddenly afflicted by Alzheimer’s disease.

“Suddenly” may not be the right word!

It all began after her husband’s death about 2 years ago.

A vivacious 70-year-old who looked like 50  to all of us and was our favourite Aunt. She began to forget to eat a meal or lose her way when she stepped out of home or recognise and remember some folks and family and forget others.

Nothing happened at once!

She took a long holiday to her roots her native place (as we call it in these parts) to her brothers and sisters. For some reason, they were busy with their lives and did not have time to accept her in. Somewhere along the way she began to show signs of forgetfulness and a sudden at times the unexplainable loss of memory.

She would walk out of her residence not knowing where she is headed requiring someone to go out and find her. Or she would eat lunch and ask for it again a few minutes later.

A week ago when I met her, I noticed her speech is now slurring the spiral in place. I do not want to describe it further. I’m sure many of you have experienced it first hand.

To explain how I look at Alzheimer Disease read further to understand which brain part involves it.

Let’s begin with the place where it all begins –

The hippocampus of the brain. A small organ located within the brain’s ‘medial temporal lobe’. Therefore, the hippocampus is an important part of the limbic system.

The Limbic System and the emotions behind it

The limbic system is the control area for many functions including emotion, behaviour, motivation, long-term memory. In other words, our emotional life is largely housed in the limbic system. In particular, the hippocampus is associated mainly with memory, in particular, long-term memory. The organ also plays an important role in spatial navigation. Moreover, it has a great deal to do with the formation of memories.

What does Alzheimer’s do to the hippocampus?

Is Alzheimer’s a bacteria or a Virus?

According to many research studies what really happens in Alzheimer’s, a protein called ‘beta-amyloid’ shows up in irregular clumps or clusters in the brain. Thus, clumps of beta-amyloid fragments stick together to form plaque.

The sticky clusters of this plaque interrupt signals between synapses. Synapses are the spaces between nerve cells where information passes from one cell to another. So in effect at a basic level, the cells stop making connections vital for their life and finally they die. In a normal brain, beta-amyloid is produced to fight brain-related disease.  The sticky plaques may trap and kill bacteria or viruses.

Besides the plaques, something else is happening as well!

How does brain damage happen in Alzheimer’s?

While in the normal brain tissue, a positively charged protein called tau stabilises microtubules key parts of cell structure. In an Alzheimer’s brain, protein strands, or threads, become tangled. As a result, the brain system of transporting cell nutrients along with parallel structures — which can be compared to railroad tracks — falls apart. Therefore, leads to extensive damage in the brain.

Thus, is the brain in Alzheimer’s disease mimicking a bacterial invasion or is it using the beta-amyloid as a chemical to induce a forget and wipe clean system for itself?

The very intelligent brain may just be doing that?

How I look at it is:

Why did I talk about this, because herein lies my reason for why Alzheimer Disease happens. Someone like my friend’s mother a very passionate and open person gets hurt when the world as she knows it, stops responding to her in the way they used to.

As this happens in many of the interactions the patient lives out in his or her life. The AD patient begins to believe that its time to cut connections! Their brain does not build any more new memories with anyone and slowly and surely the person shuts down, clams up and goes into his or her shell.

In my opinion, that is part of our flight mechanism. Moreover, in many ways, it mimics animals. This happens especially those who carry a shell with them and when they need to be protected from being hurt they simply cut connections and go into their shell. There is a will that is very strong. However not necessarily a will to keep the connections alive with other fellow humans who the AD patient believes does understand him or her.

The idea here is to bring the Alzheimer patient out of his or her shell!

That can only be done with extreme love and single-minded dedication.

Love turns the world around and in this case, the demand from the caregiver is unconditional love over a long period of time. Many a time as a caregiver it’s a very trying time and it wears us down, however, that is your soul connect with the person with AD. I can’t say that love will turn the disease around but this I can say that it gives us moments where we learn to give unconditional love to the patient.

Take people suffering from Alzheimer’s to places they have been and the lives they have lived.

2. Use Music to Heal

Another form of treatment that is gaining currency in the battle against Alzheimer’s Disease is the use of meditation. It is a means of both treating and slowing down the onset of Alzheimers Disease.  It is well known through numerous tests that meditation practice can increase blood flow to the brain and improve memory.

Read  10 Benefits of Yoga in detail by clicking here

Dr Dharma Singh Khalsa, MD, medical director of the Alzheimer’s Research and Prevention Foundation in Tucson, Ariz conducted tests on 15 participants from the centre. They were aged 52 to 77.

It was seen that a specific form of meditation brought about a marked improvement in the memory of the group.

However, as per Dr.Khalsa’s analysis, some of the participants had to be relieved from the final tests Because with the onset of the advanced stage of AD the patients were unable to meditate.  From this, it seems quite certain that meditation is a form of treatment in Alzheimer’s can only be undertaken in the early stages of AD.

Another treatment from the east that is been subject to numerous tests for its ability to contain and reduce the damage done by Alzheimer’s:

is the Ayurvedic herb Ashwagandha!

The herb belongs to the tomato family. When eaten it inhibits the formation of beta-amyloid plaques that are responsible for the interruption of communication between nerve cells in the body.

In fact,  a study showed that rather than altering brain chemistry directly, ashwagandha boosts a protein in the liver. This protein clears amyloid from the brain.

As Alzheimer’s afflicts more and more, the research on the different methods of restricting the damage caused by this disease will surely bring results. However, what modern scientific process needs to work with, is the patients desire to cut himself from the world and not build any new memories.

That is at the root of the disease Alzheimer.

Cure the cause, not the symptom!

The cause here is the person’s thoughts of being cut off.