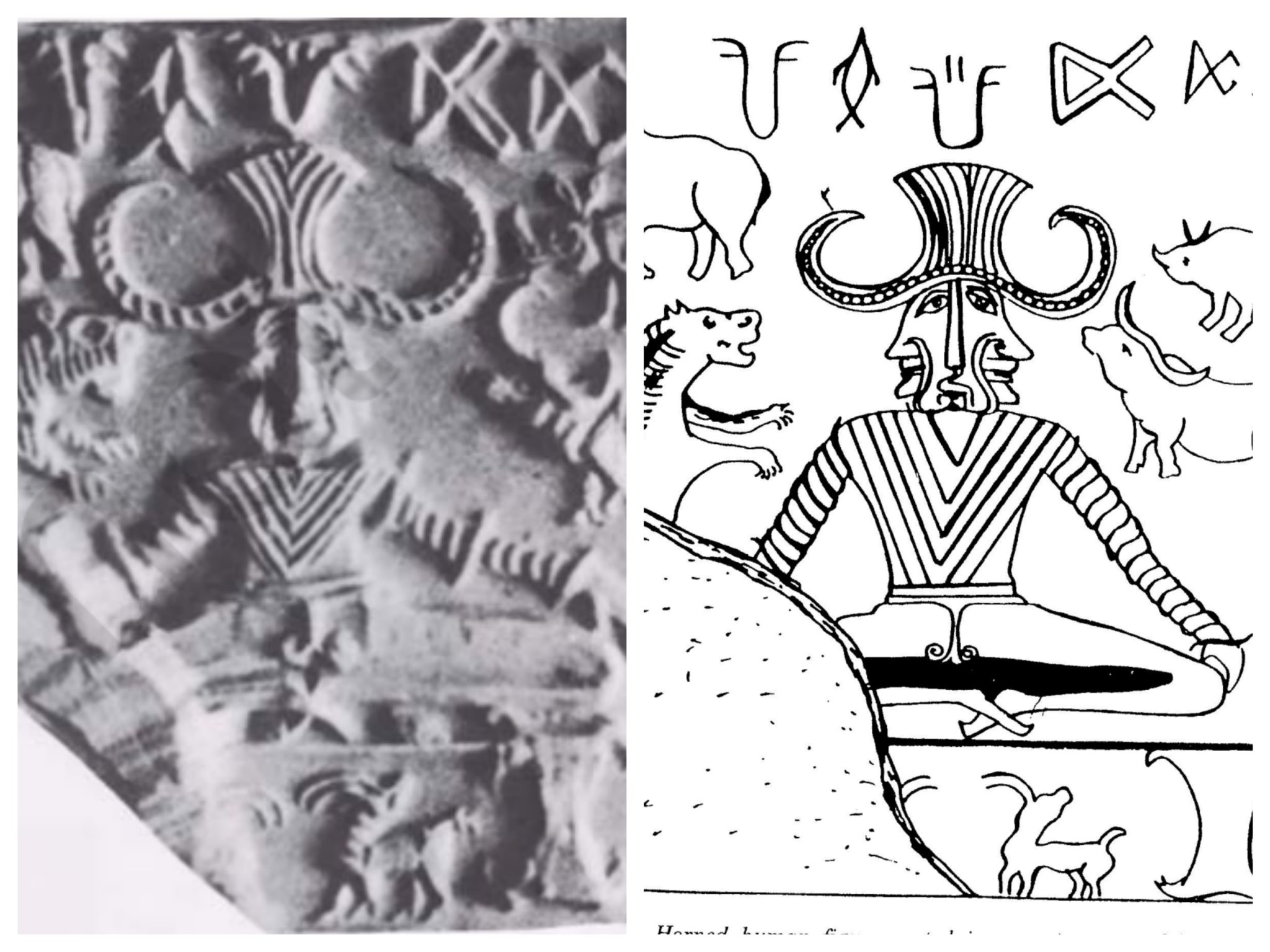 The history of Yoga dates back to Ancient Civilization itself

Many a time I get asked especially in international gatherings, What is yoga? What is yoga history? What was the original purpose of Yoga?  Is it an exercise form, meditation or a religion?  My answer is, all of the above and more. For me, it’s a lifestyle!

The word ‘Yoga’ finds its origins in the Sanskrit word ‘Yuj’ “to yoke or harness.” It is the union of the mind body and universal consciousness or Spirit.

The History of Yoga dates back to 4000 plus years during the Vedic period.

Yoga was first found to be mentioned in the Nasadiya Sukta part of the oldest written treatise the ‘Rig Veda’.

a collection of Vedic hymns in Sanskrit.  However, art form predates written material. The Pashupati seal from the Indus-Saraswati civilization dating to 2350-2000 BC is a live example. It’s where a deity figure is sitting in a yogic posture, placing yogic practice as a tradition during the time.

Yoga is one of the six orthodox systems of Indian Philosophy.

How to do Surya Namaskar – step by step sequence

It is in the Kato Upanishad dating to the 1st millennia BC, a prime Upanishad,  that the word ‘yoga’  as we use it today appears for the very first time. Later on, Yoga is elaborately described in the Bhagavad Gita and in Shanti Parva of Mahabharata.

However, by far the most detailed description of the history of Yoga is found in sage ‘Patanjali Yogasutra’.

This description of the ancient mind-body-spirit system is one of the foundations of Hindu philosophy. Patanjali’s writing is the basis for Ashtanga Yoga. Many practices like five vows in Jainism and Yogachara of Buddhism have their root in Patanjali Yogasutras.

Raja Yoga refers to Ashtanga Yoga, as described in the Yoga Sutras by sage, Patanjali. It is an eight-pronged practice to attain Samadhi or Union with the divine.

This eight-limbed path is as follows:

the path of spiritual enlightenment, an important chapter in yoga history.

It is these eight limbs that make up a lot of modern practices.

History of Yoga is incomplete with the mention of the ‘Bhagavad-Gita’ which elaborately describes the concept of Gyan Yoga, Bhakti Yoga and Karma Yoga.

Lord Krishna speaks of Karma Yoga, Jnana Yoga and Bhakti Yoga in his dialogue with Prince Arjuna as follows:

A few centuries after Patanjali, the evolution and Yoga  History took an interesting turn.

The previous generations of yogis and yoginis looked at yoga as a means to exit the body consciously. However, the new breed of Yoga masters created a system of practices designed to rejuvenate the body and prolong its life.

It was around 130 AD that we find the Hatha Yoga Pradipika, a classic text on Hatha Yoga. It describes 16 postures, pranayama techniques, mudras, and bandhas. From then to the 19th-century texts are mostly silent on yoga history and its development.

Best time to do Surya Namaskar or Sun Salutation

Interest in Yoga peaked after Charles Wilkins translated the Bhagavad Gita in 1785. Later in 1893, Swami Vivekananda traveled to America to give a number of lectures on Yoga. These lectures gained the interest of a great number of people in the West.

By 1920 the work of Hatha Yoga was strongly promoted by T. Krishnamacharya, who is probably the most important teacher of Yoga in the 20th century. He opened the first Hatha Yoga school in Mysore in 1924.

Yoga Mudras with Pictures and Benefits

What was the original purpose of yoga?

Yoga’s original context was the development of spiritual practices in order to train the mind, body, and spirit. Its purpose was to raise awareness by observing the nature of the three.
Yoga is aimed at raising and developing higher awareness and consciousness, self-discipline and discernment in everyone. However, with the passage of time the gap between those seeking spiritual awareness and those seeking physical development increases. This was mainly due to the lack of awareness and disconnect between the higher self and the body.
Yoga is essentially to decrease diseases by building awareness. The American world was introduced to yoga as a tool with benefits like:
Over the years it has permeated into the American gyms emphasizing on the physical side of it. However, the awareness building side that makes yoga unique from any other form of exercise has been completely ignored. The real intention of the practice of yoga is lost when the spirit is not connected with the body while practicing it.

One should always remember:

“Yoga is a discipline to improve or develop one’s inherent power in a balanced manner. It offers the means to attain complete self-realization. “
Is Yoga a Religion?

You all would know – Yoga history and its origin lie in the Hindu religion, however, you should know that it doesn’t adhere to any one religion, community or caste.  It is today looked as a holistic exercise system that promotes health and mental wellbeing.

In the last 50 years, Yoga has gradually spread across the globe. As a result, Yoga trainers across continents and cultures have adapted its practices to suit the local tastes and conditions.

Today we have Hot Yoga, Pilates Yoga, Aerobic Yoga, and  Speed Yoga. Millions and millions of people across the globe from diverse colors, creeds, nationality, and religious beliefs have benefitted by the practice of Yoga. Most importantly, for all those of us who practice this form of holistic well-being, it is a matter of pride that we are connected to a tradition that is as ancient as civilization itself.

Read on and watch…