Does your Fitness Tracker Really Work? 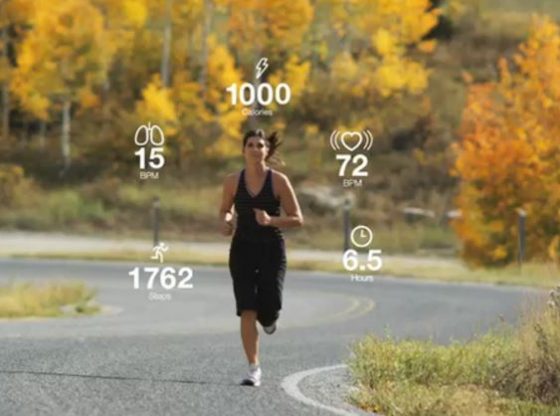 The wristwatch is more or less history especially with the with-it set who wear their fitness on their wrist. Yes, the fitness tracker or fitness band is the latest craze across the word. According to a 2016 American consumer preference report, 2 in 10 Americans used fitness wearables and the figure is only set to rise.

So is this gadget the all-on-one body tracker. Does it really know when you sleep?  Is it able to track your heartbeat accurately? Or is it just the best motivation tool ever invented?

We conducted studies from across the world to co-relate if the fitness tracker is really accurate. To see if they’re worth the money let’s find out.

What is a fitness tracker?

How does a Fitness Tracker Work

Moving one step up! Some are fitted with a gyroscope add-on too to measure orientation and rotation as well. The next level is the altimeter. It can measure your altitude. It also measures the number of stairs you climb up and down during the day. At a larger level, they measure the height of mountains you have climbed.

Then there is a  top of the band fitness tracker with a temperature sensor and bioimpedance sensors. They also have an optical sensor to shine a light on your skin and measure your pulse through it.

Doesn’t it all sound like fancy devices attached to your wrist.

The big wrist wearable companies claim that these gadgets can now tabulate metrics like:

All of this big data is crunched to give you your fitness report. Moreover, at the next level, it indicates if there are any health and diet issues that need your attention.

How does a wearable device tell you if you have any health or diet issues?

By sending you messages – others can’t do without device your mobile phone.

Put the tracker to the test

Researchers at Japan’s National Institute of Health and Nutrition ran a detailed study to compare 12 different wearable fitness tracker devices. 19 volunteers in the study wore all 12 wearables at the same time along with other body-tracking sensors. The results of the test, published in the May issue of JAMA Internal Medicine,

The first stage of the experiment dictated that the 19 spend 24 hours in a metabolic chamber living their regular life. This life included eating their 3 meals working, watching TV, doing household chores, exercising and sleeping. On average, the 19 participants burned 2,093 calories during this 24-hour period. However, except for 2 devices, the rest of them either over evaluated our underscored the calorie burn by a couple of hundreds of calories. The differences going up to as much as 10%.

In the second stage, the 19 participants were let back into the real world and asked to go about living their normal day to day lives. Only they were asked to drink “doubly labelled water.” It contained rare isotopes of both hydrogen and water. The object of the test to estimate calorie burn by tracking how long it takes for those isotopes to appear in their urine. However, it was necessary to collect urine samples for later testing.

On an average over the next 15 days, the 19 participants in the experiment burned 2,314 calories per day. It was according to the doubly labelled water urine tests.  The wearable devices yet again were mostly off the mark, giving the participants up to a 10% plus or minus all over again. (No specific brand names have been mentioned here as we are not promoting or demoting any one brand. But if you want to get details of this Japan’s National Institute of Health and Nutrition test it’s in the  May 2016 issue. Press to click here ) https://www.ncbi.nlm.nih.gov/pubmed/26999758

In another University of Iowa test, 30 men and 30 women wore all eight fitness tracking devices during a 69-minute workout that included 13 different activities. They were made to run, play basketball write at a computer and play a Wii tennis game as well. Along with their wearable devices, each participant was connected to a portable metabolic analyser. It was used for comparison to test the accuracy of each wearable device by the researchers from Iowa.

The results showed that fitness trackers have huge differences in terms of accuracy amongst themselves. When matched up against the portable metabolic analyser only one gave consistent figures. Summing the experiment up Dr Gregory Welk, a professor of kinesiology at Iowa State University said: “people buy these activity monitors assuming they work, but some of them are not that accurate or have never been tested before. I think the key to a consumer is not so much if the activity monitor is accurate in terms of calories. But whether it’s motivational for them and keeps them accountable for  their activity in a day.”  (Details of the study and other studies on fitness trackers can be found by clicking here).

The two experiments above going to prove that we credit the wearable trackers with the way much more precision and accuracy than they deserve. But do you know what? It doesn’t matter. The primary reason why we buy and wear these devices is not for their accurate calorie-burning predictions. Most of us recognise that they may not be 100 per cent accurate but that it motivates us every morning to get up and walk. In other words, our fitness and health tracker is motivating to us.

The accuracy of the wearable fitness tracker really makes little difference. The point here is that it keeps us aware of our efforts towards fitness. It pulls us up if we are slacking and it gamifies our efforts. The wearable devices can, if we so wish, connect us to friends and family and compare their fitness effort to ours. In other words, the tracker turns fitness into a real-time losing and exercise game.  We are proud when we do we in our peer circle and it’s motivating if someone else in the group is doing better.

When it comes to losing weight, it is as important to watch what you eat as much as how much you exercise. Effectively counting your calorie intake is as important as your time on the treadmill. So use the fitness health tracker to give you a rough figure on walking and exercise and watch your diet as well.